Posted on September 20, 2011 by LivinginPeaceProject

The West Coast of the South Island of New Zealand is a slice of paradise sandwiched between the roaring Tasman Sea and the majestic Southern Alps. It extends 600 kilometres from the subtropical north at Karamea to the temperate south at Jackson’s Bay. Along its length are a smorgasbord of activities, a feast of scenic splendour and a banquet of opportunity for wondrous experience through vivacity and adventure or via blissful relaxation. 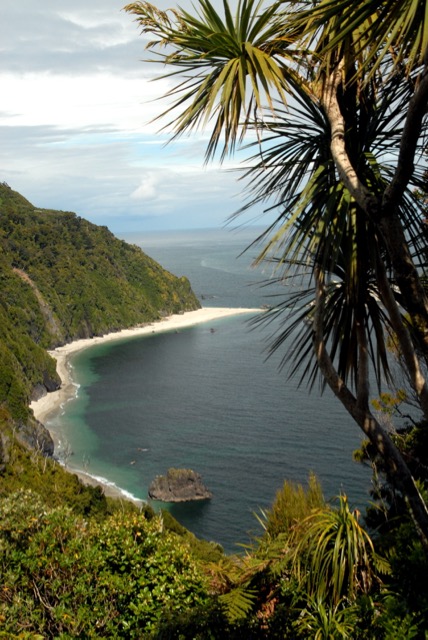 From the first glimpse of the morning sun over the impressive alps to the east to when it sinks into the Tasman in the evening, your day will be filled with discovery, fascination and wonder…the West Coast is the best coast…take your time and enjoy the experience of being in one of the greatest, wild places on Earth.

This is an invitation to indulge yourself in the wondrous West Coast, to explore the many facets of this scenic jewel and take home with you fantastic memories of an unforgettable holiday. The West Coast is a holiday destination in itself, there is something for everyone here, take you time, relax, listen to the birdsong, smell the flowers, photograph the stunning scenery, chat to the colourful “Coasters” you meet along the way and find for yourself a secret, special place…somewhere just for you to unwind, be free and discover yourself in the bosom of Mother Nature. 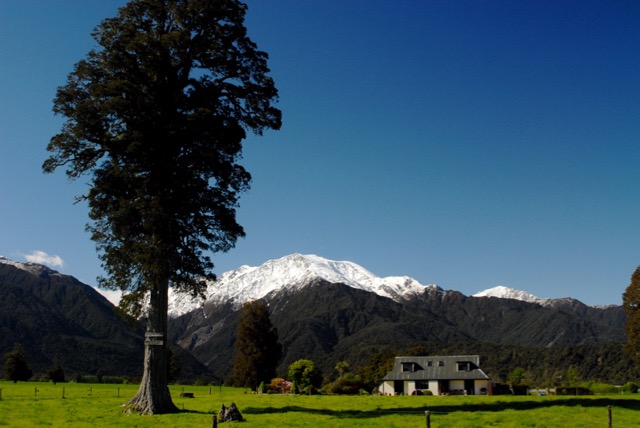 For more detailed information, track guides, books on flora, fauna, history and Coast life, help with accommodation, weather reports and local knowledge, drop in at the many information centres and ask the affable and conversant staff about each region along the West Coast.

Ever since the lure of gold in the 1860s, people from around the globe have been flocking to the West Coast of New Zealand’s South Island. The economy exploded during the gold rush years, crashed when it ended and has bumped along with the emergence of lesser industries of flax milling, timber milling and stabilised somewhat through dairying and now tourism. It is currently the fastest growing regional economy in the New Zealand. The Coast took an economic hit with the 2002 decision by the federal government to halt native timber logging, but it is again finding its way to prosperity through the relatively new industry of tourism, the booming dairy industry and its old stalwarts—coal and gold mining. 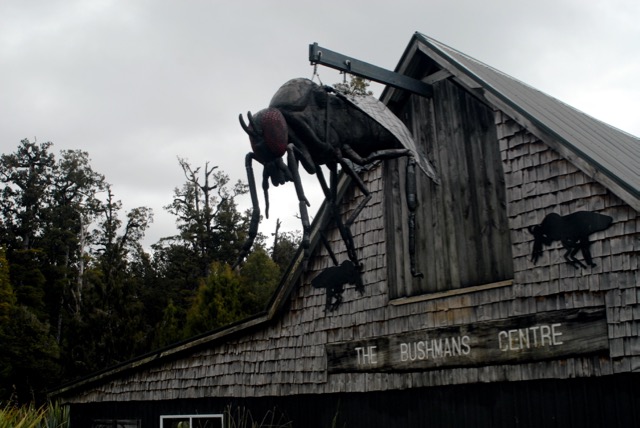 All along the Coast evidence of investment and development is evident, houses are being renovated, fresh paint and home extensions, new sub-divisions and businesses catering to the burgeoning tourist industry are opening their doors to the world. Projections by Statistics N.Z. show no end in sight for the popularity of the region for overseas visitors and domestic travellers alike.

The free and easy West Coast lifestyle and relatively inexpensive real estate allows people to establish quirky businesses to pursue their passions and make a living by doing exactly as they please…you’ll find all sorts of unusual business ventures, curiosity shops, galleries and artisans along the West Coast and in them you’ll find people filled with the contentment and happiness that only comes from following your dreams.

Maori discovered the West Coast around 700 years ago and it was later explored by intrepid men like Charles Brunner and Charlie Douglas, who ventured into the unknown and reported on its mystery. Gold and coal mining, flax milling, sphagnum moss collection and the timber and dairy industries then developed the Coast. Today people come to appreciate the Coast’s natural beauty rather than to plunder its natural wealth…nature has finally triumphed over man.

“Toitu he kainga; whatu-ngarongaro he tangata” “People come and go, but the land endures.”
Maori proverb 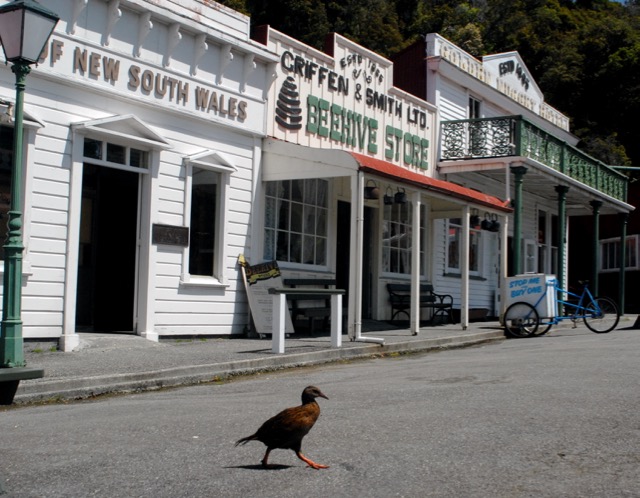 To maximise your enjoyment of the West Coast, take your time, slow down to match the pace of life and work with the weather…if it is raining, which it occasionally does on the Coast, visit any of the numerous museums and delve into the region’s fascinating history, check out the many art galleries, visit Shantytown, a replica 19th century gold rush town, drop in at a local pub and have a chat with a friendly “Coaster,” go underground and explore a limestone cave system…pretty soon, the sun will again be shining and you can resume your outdoor adventures. If you take plenty of time and work with the Coast, the Coast will work with you and you’ll have the time of your life.

“We have a great deal of disagreeable weather, an a small proportion of bad weather, but in no part of the world, I believe, does Nature so thoroughly understand how to make fine days as in New Zealand.”
(Lady Barker 1870)

The diversity in scenic beauty is a feature of the West Coast, around every bend awaits a stunning new vista. The Southern Alps are petrified Gods to the Maori people…travelling along the West Coast is a spiritual experience. As you observe the mountains, forests, cloud formations, crashing waves, rocky outcrops and raging rivers, it often seems like the scenery is watching you…yes, it is very easy to accept that the West Coast is where the Gods of nature live. There are faces in the clouds, in the landscape and the dense forest, these are the Gods watching over and protecting travellers as they pass, please enjoy, but respect our sacred coast.

“Please remember that sandflies are an endangered species…every one you kill drives them closer to extinction…it is estimated that there are only 80 billion of the little critters remaining in the wild.”

“Don’t worry about the rain, it will wash off, doesn’t stain your clothes, is non-toxic and is great for your skin!”

“Driving along the coast road is best done in as lower gear as possible, slow right down, and take in the stunning scenery, stop often and enjoy the ride for the journey is what the Coast travel experience is all about.” 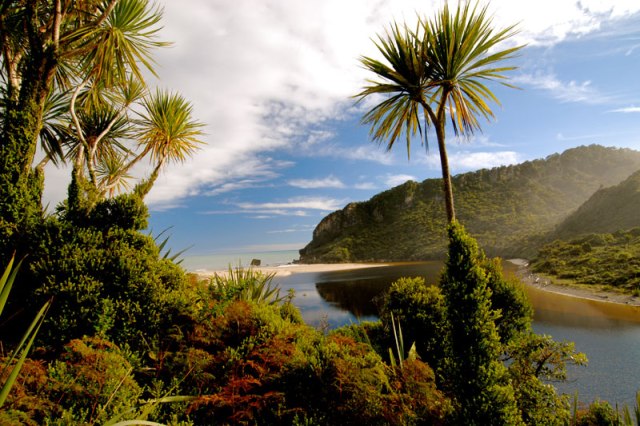 “Pull over onto the many overtaking bays along the way to let other vehicles pass is the correct driving etiquette (remember, not everyone is on holiday) and take extra care on the many one-way bridges that only allow passage of one vehicle at a time, if in doubt as to right of way, give way to all oncoming traffic, especially large trucks!“

“Coasters may initially seem gruff and unfriendly, but they’re all softies and will roll over and beg if you scratch their tummies…or buy them a beer!”

“Rain is champagne for the forest.”

“More specific local detail about activities and attractions is available at the many information centres along the West Coast. Drop in and pick up the regional brochures and have a chat with the friendly and helpful i-site staff, who are full-bottle on local knowledge.” 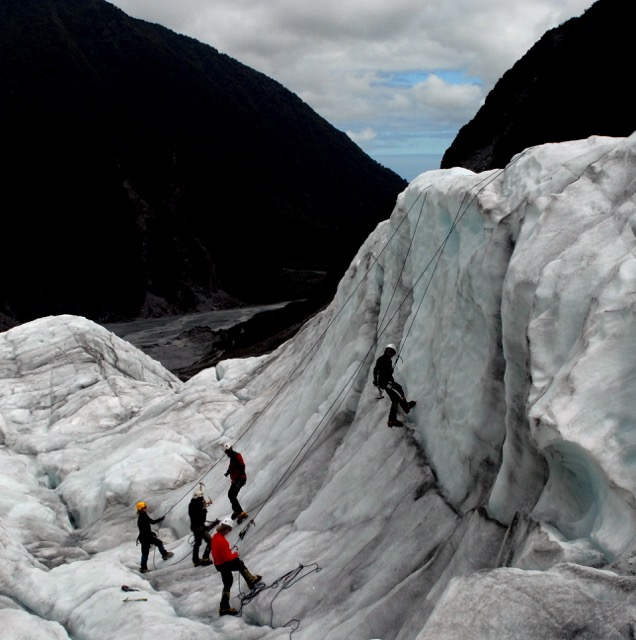 “Far South Westland is as remote from the settled centres of New Zealand as one can reach; its extent is vast enough to test all the powers of the body and the imagination. Set between sky-popping peaks of the alps and the vast emptiness of the western seas are forests and lakes, rivers and seashores, as beautiful, as mysterious, as rich in elemental spirit as any left on Earth.”
(West Coast poet Peter Hooper)

“One of the top 10 coastal drives in the world.”
(Lonely Planet)

“Nothing populates a waste, howling wilderness like gold.”
(James Buller on Hokitika)

“As far as the eye could reach everywhere snow and ice and rock appeared around us, and in such gigantic proportions that I sometimes thought I was dreaming, and instead of being in New Zealand, I found myself in the Arctic or Antarctic mountain regions.”
(Geologist Julius Haast, exploring the Mt Cook region in 1862, on the grandeur of its peaks and glaciers)

“Now that that is over, I wouldn’t tackle it unless someone gave me 5,000 quid.”
(Australian pilot Guy Menzies after crash landing in a swamp at Hari Hari in 1931 to complete the first solo flight across the Tasman.)

“Not being able to swim has saved my life many a time.”
(Charles Douglas on the dangers of river crossings) (The brave, the foolish and the drunk often drowned)

“Fools say that knowledge can only be acquired from books & men.”
(Charles Douglas, South Westland explorer, philosopher and naturalist.)

“For curiosity and impudence, the kea takes the record among all the feathered creation.”
(Charles Douglas, South Westland explorer, philosopher and ornithologist)

“A small grain of knowledge is cheaply purchased at the expense of a thousand ordinary lives.”
(Explorer and philosopher Charles Douglas reflecting on his unconventional life of adventure and battling the elements in the harsh south Westland environment.)

Paul Murray is the founder of the LivinginPeace Project. www.livinginpeace.com Paul originally from Australia, but have been living in New Zealand for 14 years. Before that he was in Japan for a decade working as a journalist. He met his wife Sanae in Japan and they married in 2008.
View all posts by LivinginPeaceProject →
This entry was posted in Environment, Heaphy Track, Humor, Humour, Kahurangi National Park, Karamea, Photography, Travel, Uncategorized, West Coast and tagged Adventure, New Zealand, Scenery, South Island, Travel, West Coast. Bookmark the permalink.