Posted on May 23, 2012 by LivinginPeaceProject

***Mr Efficiency from Brixton says, “SAVE doing unnecessary ironing by putting on your shirt and tucking it into your trousers. Then, draw a line around the shirt at belt level with an indelible marker pen. The material below this line will never need ironing, thus saving time and effort.”

***Ms Annie Lennox says, “SAVE a fortune on laundry bills by giving your dirty shirts to Oxfam. They will wash and iron them and you can buy them back for 50p.”

**IDENTICAL twins say, “Use Morse code to cheat in exams by stabbing yourself in the arm with a sharp compass. The other twin, at home with a text book, can “feel” the question and stab you back the answers.”

**Mr Jack Hughson says, “CREATE instant designer stubble by sucking a magnet and dipping your chin into a bowl of iron filings.”

**Mr Freddy Kruger says, “MINOR skin grafts can be performed on pigs by covering any cuts and grazes with thin strips of bacon.”

**Naughty Angler says, “CLIMB on to your neighbour’s roof and dangle a fish on a bit of string in front of his windows. He’ll think his house is underwater.”

**Mr Homer Simpson says, “BUY a television set exactly like your neighbours’. Then annoy them by standing outside their window and changing their channel using your identical remote control.”

**Mr Naughty Neighbour says, “CHEER loudly at 8pm each Saturday to fool the neighbours into thinking you have won the Lottery.”

**Mr David Duchovny says, ” X-FILES fans. Create the effect of being abducted by aliens by drinking two bottles of vodka. You’ll invariably wake up in a strange place the following morning, having had your memory mysteriously “erased.””

**Mr Gold Fish says, “PUTTING just the right amount of gin in your goldfish bowl makes the fishes’ eyes bulge and causes them to swim in an amusing manner.”

**Mr Pious Piscine says, “DETER goldfish from having sex by throwing a small bucket of air over any you catch in the act.”

**Mr Scat Tologist says, “SWEETCORN fans. Save money on loo paper by simply pouring the stuff straight down the pan.”

**Ms Bovine Carnivore says, “INVITED by vegetarians for dinner? As you’d no doubt be made aware of their special dietary requirements, tell them about yours – ask for a nice steak.” 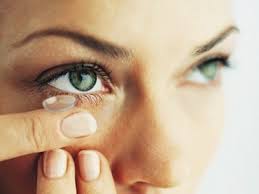 **Ms Cougar FatSlag says, “Girls. Too old to go on an 18 to 30 holiday? Simply get pissed, lie in a pit in your garden and shag every bloke who looks at you over the fence.”

**Mr Vegetable Orgasm says, “Don’t buy expensive ‘ribbed’ condoms, just buy an ordinary one and slip a handful of frozen peas inside it before you put it on.”

**Mr Howard Marks says, “Pass yourself off as Welsh by putting coal dust behind your fingernails and talking gibberish all the time, stopping occasionally to sing loudly, or set fire to someone else’s house.”

**Mr D. Rogers, Hemel Hempstead says, “Save time when crossing a one-way street by only looking in the direction of oncoming traffic.”

**Ms Ulrike Meinhof says, “Hijackers. Avoid a long stressful siege and the risk of arrest, imprisonment or death by simply making sure you book a flight to your intended destination in the first place.”

**Mr Poo Bear says, “Pretend you’re a giant panda by giving yourself two black eyes, eating only bamboo shoots and refusing to have sex with the misses.”

***Manchester United fans. Save money on expensive new kits by simply strapping a large fake penis to your forehead. It is now clear to all, as to your allegiance.

**Mr Con Sid Erate says, “Avoid arguments with the missus about lifting the loo seat by simply pissing in the sink.” (Tip may also apply to women).

Mrs Deirdre Smoker, says, “Smokers. Save on matches and lighters, by simply lighting your next fag from the butt of your last one.”

**Mr Ruff Ryder says, “Spice up your sex life by trying a bit of “rodeo sex.” Take your missus from behind and, holding on tightly to her jugs, call her by the wrong name. See how long you can stay mounted for.”

**Mr T. Vee, says, “FOOL other drivers into thinking you have an expensive car phone by holding an old TV or video remote control up to your ear and occasionally swerving across the road and mounting the kerb.”

**Mr Kelvin Nator says, “DRILL a one inch diameter hole in your refrigerator door. This will allow you to check that the light goes off when the door is closed.”

**Mr Bill Murray says, “SAVE electricity by turning off all the lights in your house and walking around wearing a miner’s hat.”

**Ms Barg Inhunter says, “HOUSEWIVES. I find the best way to get two bottles of washing-up liquid for the price of one is by putting one in your shopping trolley and the other in your coat pocket.”

** Mr Ewan McGregor says, “DON’T INVITE DRUG ADDICTS round for a meal on boxing day. They may find the offer of cold turkey embarrassing or offensive.”

**Mr Avid Reader says, “WHEN reading a book try tearing out the pages as you read them. This saves the expense of buying a bookmark, and the pages can later be used for shopping lists.”

**Ms Wannabe Pilot says, “BUS DRIVERS. Pretend you’re an airline pilot by wedging your accelerator pedal down with a heavy book, securing the steering wheel with some old rope, and then strolling back along the bus chatting casually to the passengers.”

**Mr Eco Driver says, “SAVE petrol by pushing your car to your destination. Invariably passers-by will think you’ve broken down and help.”

**Miss Di R. Hea says, “LOSE weight quickly by eating raw pork or rancid tuna. I found that the subsequent food poisoning/diarrhea enabled me to lose 12 pounds in only 2 days.”

**Mr Vitrinox says, “WHEN throwing someone a sharp instrument such as a Stanley knife, or bread knife, always throw it blade first as they invariably tend to turn whilst in the air.”

**Mr E. Z. Park says, “AVOID being wheel-clamped by jacking your car up, removing the wheels and locking them safely in the boot until you return.”

**Chief Fire Fighter says, “SMELL gas? Locate the suspected leak by striking an ordinary match in every room in the house until a loud explosion reveals the source of the escaping gas.”

**Mr Travis Bickle says, ” TAXI drivers. Why not pop into the garage and ask them to fix your indicators lights for you so that other motorists know where the heck you’re going.”

**Mrs Mavis McTavish says, “PENSIONERS. Try sitting on a pile of encyclopedias next time you go for a drive in your car. That way you will be able to see out of the front window.”

**Mr Fel Tex says, “INCREASE the life of your carpets by rolling them up and keeping them in the garage.”

**Oscar the Grouch says, “TAKE your dustbin to the supermarket with you so that you can see which items you have recently run out of.”

**Miss Sus Piscous says,  “MAKE shopkeepers feel like criminals and con men by carefully checking their change and holding bank notes up to the light before accepting them.”

**Miss Phillipa Lanthropist says, “SAVE on charity donations by spending a pound on clothes at a charity shop, then selling them for 50p to another charity shop. This way you can give twice as much, at half the cost. I think.”

**Miss Jessica Biel says, “NO TIME for a bath? Wrap your dirty parts in masking tape and remove the dirt by simply peeling it off.”

**Ms B. Hair says, “EXPENSIVE hair gels are a con. Marmalade is a much cheaper alternative, but beware of bees in the summer.”

**Ms Red Scarlett says, “APPLY red nail varnish to your nails before clipping them. The red nails will be much easier to spot on your bathroom carpet.” (Unless you have a red carpet, in which case a contrasting varnish should be selected).

Mr FatBastard says, “Weight watchers. Avoid that devilish temptation to nibble at the chocolate bar in the cupboard or fridge by not buying the fucking thing in the first place, you fat bastards.” 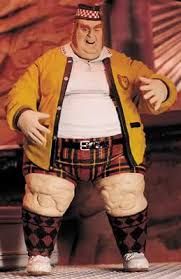 **Mr T Rubble Reeding says, “Dyslexics. Try deliberately spelling words wrongly. This way at least you have a chance of spelling them correctly.”

Mr Jake Speed says, “Bearded men can obtain the appearance of an upper class Arctic explorer by simply applying Tippex to their beards, painting their noses blue, and cutting off a couple of toes. It never fails to impress the girls.”

**Mr Des Perate says, “Give up smoking by sticking one cigarette from each new pack up a fat friend’s arse, filter first, then replacing it in the box. The possibility of putting that one in your mouth will put you off smoking any of them.”

**Mr Homer Simpson says, “If a small child is choking on an ice cube, don’t panic. Simply pour a jug of boiling water down its throat and hey presto! The blockage is almost instantly removed.”

**Miss Steak says, “Avoid cutting yourself while clumsily slicing vegetables by getting someone else to hold them while you chop away.”

**Miss Witchy Poo says, “Housewives: When nipping out to the shops, remember to carry a stiff broom in the boot of your car. Use it to sweep the broken glass to the side of the road every time you have a minor accident.”

**Mr P. Tentious says, “Make people think you have an expensive car phone by calling them, asking them to repeat everything they say and then hanging up half way through their reply.”

**Ms Com Muter says, “Keep the seat next to you on the train vacant by smiling and nodding at people as they walk up the aisle.”

**Mr H.V. Drinker says. “Save on booze by drinking cold tea instead of whisky. The following morning you can create the effects of a hangover by drinking a thimble full of washing up liquid and banging your head repeatedly on the wall.”

** Mr Good Daddy says, “Make bathtimes as much fun for kiddies as a visit to the seaside by pouring a bucket of sand, a bag of salt and a dog turd into the bath.”

**Miss Para Noid says, “Make guests believe your home might be bugged by running your hands under tables and inside lampshades, then turning the shower on every time you want to speak.”

**Mr DIY says, “Recreate the fun of a visit to a public swimming pool in your own home by filling the bath with cold water, adding two bottles of bleach, then urinating into it, before jumping in.”

**Mr Complete Bastard says, “Make your girlfriend cry when you’re having sex by phoning her up and telling her.”

**Dr No says, “International master criminals. Tell your guards to shoot James Bond in the head at the first opportunity. Under no circumstances give him a guided tour of your base, or leave him in the custody of attractive women in bikinis.”

**Ms Toble Rone says, “PEOPLE whose surname is Toblerone should always take along an empty ‘Toblerone’ chocolate box when attending interviews for office jobs. This would save your potential employer the expense of having to make a name plaque for your desk, and therefore increase your chances of getting the job.”

Paul Murray is the founder of the LivinginPeace Project. www.livinginpeace.com Paul originally from Australia, but have been living in New Zealand for 14 years. Before that he was in Japan for a decade working as a journalist. He met his wife Sanae in Japan and they married in 2008.
View all posts by LivinginPeaceProject →
This entry was posted in Advertising, Art, Humor, Humour, Parody, Politics, Satire, Uncategorized and tagged Crazy, Funny, Hilarious, Humor, Humour, Suggestions, Top Tips, Viz. Bookmark the permalink.