ArtofNature: Exhibition of One Photograph

Posted on July 18, 2012 by LivinginPeaceProject

The Original: Taken on the Heaphy Track in the Kahurangi National Park at the Top of the South Island of New Zealand

I walked the Heaphy Track in 2004 to collect information and take photographs for the http://www.heaphytrack.com Web site. Along the way, I happened across an interesting rock and took its image home with me.

In my abstract nature photos, I try and incorporate a metaphor to increase the artistic merit of the shot.

To me, the image represents the passage of life. The staircase through the photograph indicates the challenges and seemingly insurmountable barriers that we all face as we travel through time. Easy times when life is good are represented by the horizontal lines, the difficulties by the vertical…with the net result being an exponential increase that represents the gaining of wisdom, knowledge, experience, comprehension, and proficiency and the steps get smaller as life progresses toward the end…the challenges of life easier to negotiate.

Looking at the photograph from different angles and rotations, it occurred to me that the image was interesting whichever way it was viewed and also that it could be joined to make patterns and flows that could be used to highlight the different perspectives and imagery in the picture.

Belgian artist Arnaud “PsoMan” Vanderkerkin assisted with the project to blend the images together into a whole series of montage photographs that utilize the original shot to make beautiful patterns, new stories, and art forms. The image was not altered in any way other than rotated, matched together and joined. 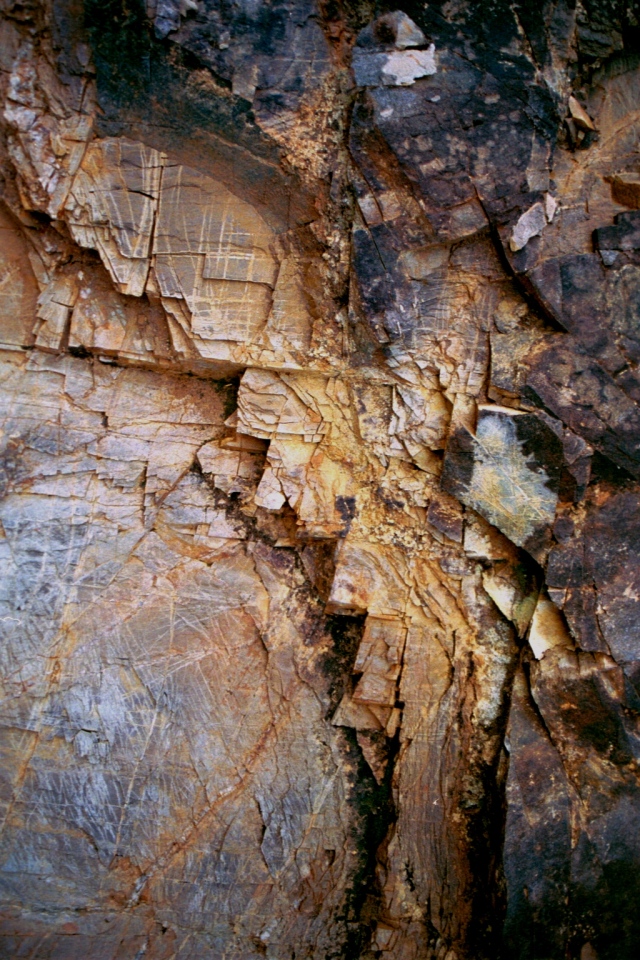 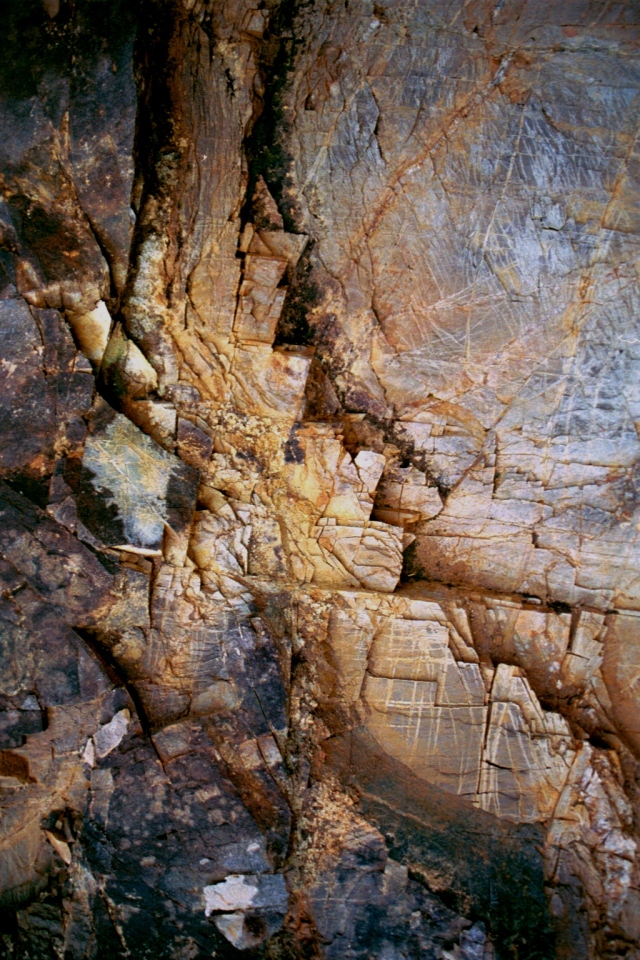 Then Arnaud took over the process and used his imaginative bent and superior photoshop skills to realise my artistic aspirations…thanks Arnaud! 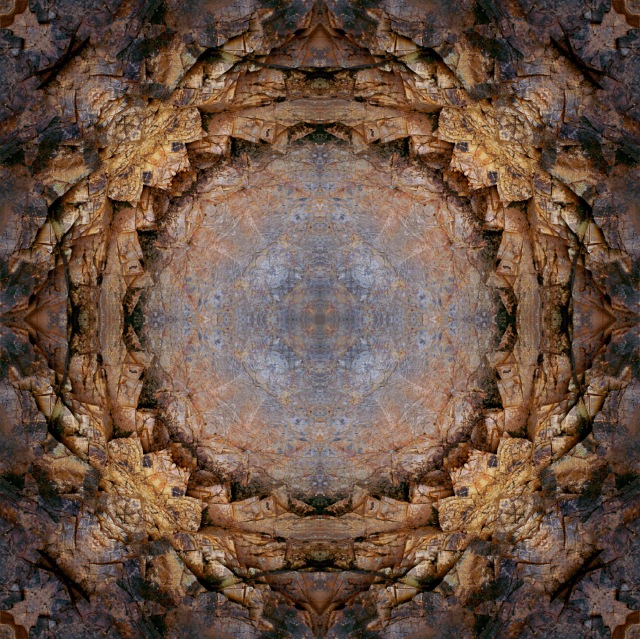 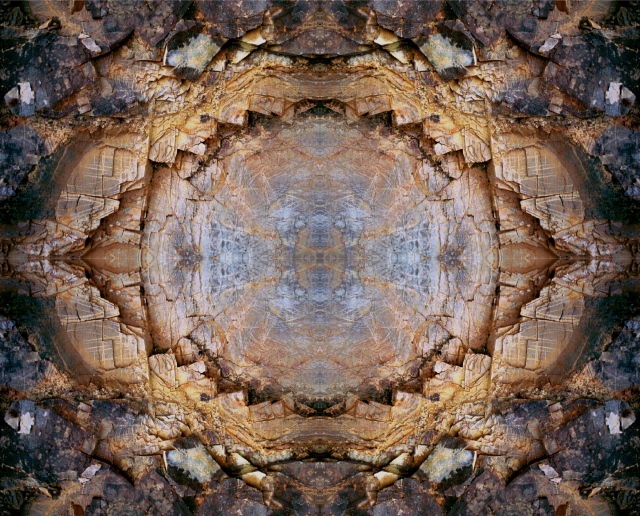 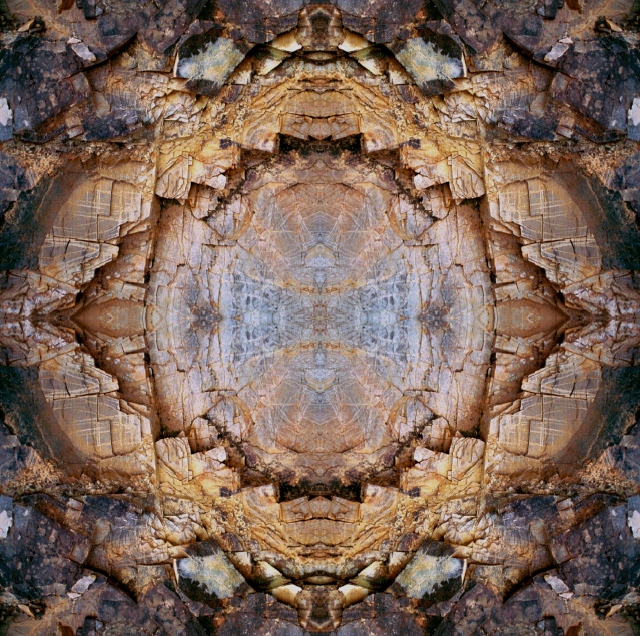 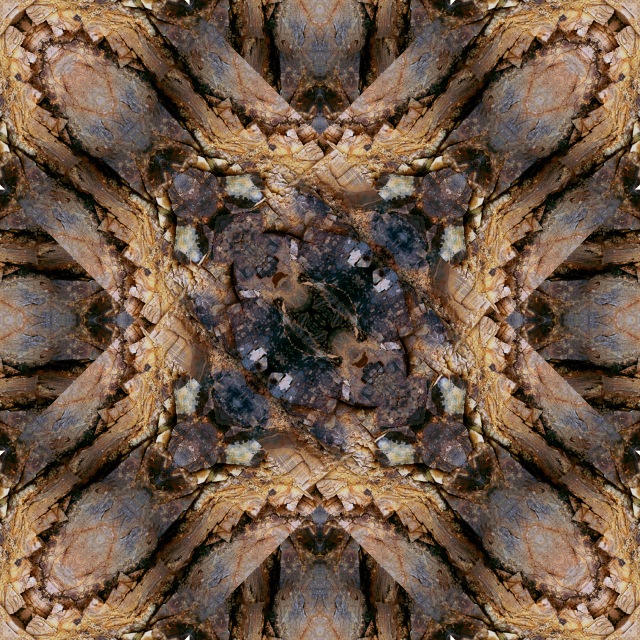 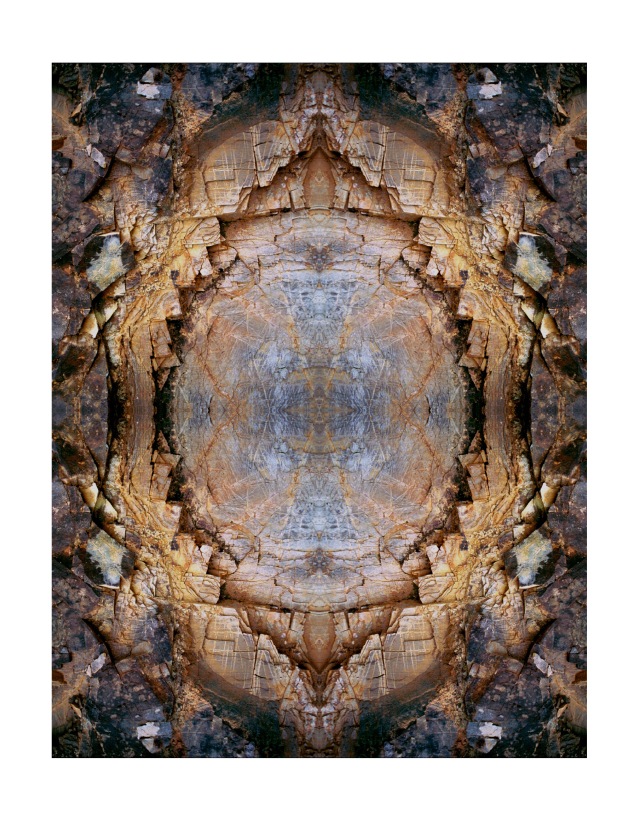 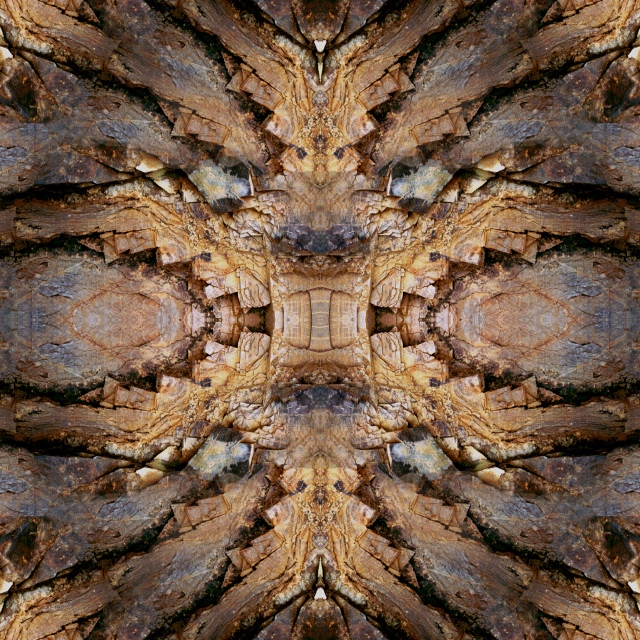 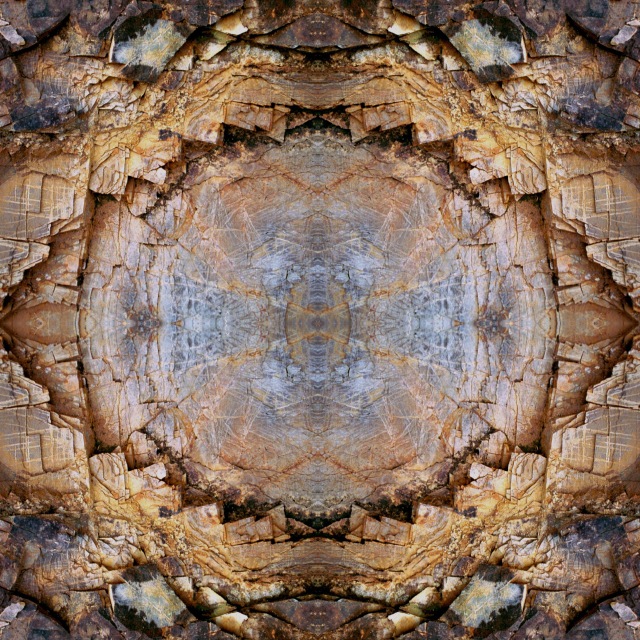 Paul Murray is the founder of the LivinginPeace Project. www.livinginpeace.com Paul originally from Australia, but have been living in New Zealand for 14 years. Before that he was in Japan for a decade working as a journalist. He met his wife Sanae in Japan and they married in 2008.
View all posts by LivinginPeaceProject →
This entry was posted in Art, Business, Environment, Kahurangi National Park, Karamea, LivinginPeace Project, New Zealand, Photography, Uncategorized, West Coast and tagged Abstract, Arnaud, Art, ArtofNature, Environment, Exhibition of One Photo, Nature, Paul Murray, Photography. Bookmark the permalink.

7 Responses to ArtofNature: Exhibition of One Photograph