The Power of Permaculture

Posted on April 11, 2013 by LivinginPeaceProject 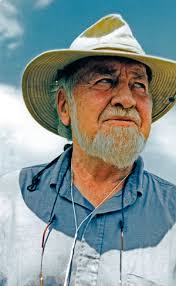 “A person of courage today is a person of peace. Our only possible decision is to withhold all support for destructive systems and to cease to invest our lives in our own annihilation. Whether we continue without ethics and philosophy like abandoned or orphaned children, or whether we create opportunities to achieve maturity, balance, harmony, is the only real question that faces the present generation. This is the debate that must never stop!”

We’re the lucky ones. Permaculturalists may not be draped in diamonds, holidaying in Monaco, driving the latest Bentley and drinking Cristal champagne with supermodels, but we have plenty or good food to eat, warm comfortable homes, clean fresh air and water, security and sufficiency to live life well.

Collectively humans are interesting animals, we’re by our very nature competitive, we’re constantly looking for the bigger, better deal, we’re rampant resource plunderers and seem compelled to always want what we haven’t got…this leads us to be aggressive and into conflict and ultimately conflict with others who have what we want to gratify our avarice.

In the Western industrialised world, we are living comfortably from the labour of others less fortunate and have been doing so for some time. International fair trade agreements, globalisation, multi-national corporatisation means that we can enjoy the fruits of others sweat, pay them peanuts and live comfortably in our imported clothing, in front of our wide-screen TVs, while somewhere a team of less affluent people in a country far away are laboring in a factory churning out more products for us to mindlessly consume. The champagne guzzling Bentley drivers are only part of the problem, we are also living WAY beyond our means and it’s high time for a rethink.

Many of the world’s people lack even the most basic provisions for a simple life, but we’re doing just fine thanks Jack. Permaculturalists for the time being are part of this a fortunate minority, but we’re planning for a future without all the comforts we’ve complacently accepted to be forever and incorporated into our lives while still looking for more…well soon there’ll be no more, in fact it’s likely there is going to be a LOT less…and that is a good thing, for permaculturists can accept that less is more.

We might not consider ourselves extravagant, excessive, self-indulgent and rich, but to someone without all the comforts and luxuries we complacently take for granted, our lives are opulent and decadent.

Excess and opulence are very subjective measures…to someone without a house, a dry corner of a shed is a luxury, if you have no food, an apple is gold. Is the businessman in first class on an international flight on a commercial airline overindulgent compared with the corporate head in his own Learjet? Is he decadent compared with the owner of the airline who has mansions all over the world, his own island and is planning commercial flights to the moon? To the passenger cramped up the back in cattle class they all are, but to the peasant farmer watching the planes fly overhead decadence has no meaning for he will never experience flight in any form and sees only people in a parallel universe to his own reality.

Right now, a minority of the world’s people are driving it over a cliff…fiscal cliff, ecological cliff, technological cliff, call it what you like, but we’re already right on the edge and the brakes are out…we’re going over for sure and certain as it’s basic human nature to always want more, that’s how we got here and there’s no end in sight…we will destroy the Earth, of this I am certain…we’re already well on the way and the rapidity of the destruction is exponential…it’s all over folks, our nest is fouled…it’s good night nurse, thanks for playing…game over…but permaculturalists are waiting in the solar-powered ambulance at the bottom of the cliff ready to rebuild the broken corporate model and industrial infrastructure in line with natural systems.

Nature’s propensity for recovery is infinite…it never gives up, it overcomes, finds a way, is the solution to all problems…our behavior is of no consequence, when she’s had enough Mother Earth will just burp and we’re all gone…she’ll then set about recovering, it may take a few million years, but that’s but a moment in the billion year timeline of Gaia…the scale is immense.

People will destroy the world, but permaculturalists will have their day…as the end nears, our skills and talents will be highly sought after because basic necessities will have top value and everything else will be insignificant to the provision of nutritious food, clean water, fresh air and warm dry, comfortable housing…permaculturalists have a deep understanding of and empathy with nature…to be at one with nature is to be at peace…Power to the PEACEFUL…it’s in the post people…permaculturalists shall inherit the Earth, we shall breathe together and be part of nature rather than bending it to sate our avaricious tendencies.

I pledge to devote my life to the pursuit of peace through permaculture…I will fight for my right to do this and I enjoy being part of the rising tsunami of like-minded people who are dissatisfied with the status quo…less is more, quality over quantity, reduce, reuse, recycle, rethink everything and recover from the belief that more is better, let’s live simply so that others may simply live…let’s not be the biggest, let’s be the best and in the process, find peace for ourselves and for the good ship Earth and all who sail upon her.

“What permaculturalists are doing is the most important activity that any group is doing on the planet. We don’t know what the details of a truly sustainable future are going to be like, but we need options, we need people experimenting in all kinds of ways and permaculturalists are one of the critical groups doing that.”

“Look deep into nature, and then you will understand everything better.”

Paul Murray founded the LivinginPeace Project in 2003 after becoming disillusioned with the democratic process after the peace movement failed to prevent the unprovoked invasion of Iraq. Millions of people worldwide marched in support of a peaceful resolution and he believed that for the first time in history the peace movement would prevent a war.

He learned that balance is important; there will always be people who devote their lives to the pursuit of war, so there also needs to be peaceful people working to maintain the balance. He decided to be on the peace side of the ledger and to work to balance the scales.

The LivinginPeace Project combines the elements of Art, Travel, Permaculture and Education into a sustainable business.

Art because it enables expression of beauty, creativity and perspective, Travel, because it’s the best form of self-education available, Permaculture, because it makes sense and Education to share such sensibilities.

The LivinginPeace Project is based in Sunny Karamea at the top of the West Coast of the South Island of New Zealand and incorporates a backpackers hostel, a motel complex, a developing 7-acre permaculture farm, a radio station, a local transport service, an organic food and recycled clothing store, permaculture design courses and workshops, an artist-in-residency programme among other things…come on over to Aoteaora and see us sometime.

Paul Murray is the founder of the LivinginPeace Project. www.livinginpeace.com Paul originally from Australia, but have been living in New Zealand for 14 years. Before that he was in Japan for a decade working as a journalist. He met his wife Sanae in Japan and they married in 2008.
View all posts by LivinginPeaceProject →
This entry was posted in Agriculture, Business, Economics, Education, Environment, Funny, Humor, Humour, Kahurangi National Park, Karamea, Karamea Radio, LivinginPeace Project, Media, Money, New Zealand, Peace, Permaculture, Photography, Social Commentary, Travel, Uncategorized, War, West Coast and tagged Art, Business, Economics, Economy, education, Energy, Environment, LivinginPeace Project, Off the Top of my Head, Paul Murray, Peace, Permaculture, Self-Sufficiency, Social Commentary, Sustainability, Travel. Bookmark the permalink.