Behind the Scenes of U.S. History with Stone and Kuznick

Posted on June 25, 2013 by LivinginPeaceProject

“The Untold History of the United States,” a collaboration between filmmaker Oliver Stone and historian Peter Kuznick, yields a masterful account of U.S. political history and presents a perspective rarely seen in corporate media.

The book and associated TV documentary series follows the tenures of U.S. presidents from Woodrow Wilson to Barack Obama and gives a critical account of their efficacy, decision making, policies, diplomacy and courage during their time in the world’s top job.

No punches are pulled in the proffering of presidential report cards, and few presidents receive pass marks on the assessment of Stone and Kuznick.

The xenophobia and paranoia of the United States and that manifestation of those traits through presidential decisions, which are inordinately swayed by the immense influence of military advisors, rapacious corporate leaders and right-wing nut-jobs on political policy, is well presented in the book. The benefit of hindsight is a wonderful thing in this regard, but the decision-making process of U.S. leaders beggars belief with its blatant disregard for human rights, compassion and in many cases, legal grounding.

Stone and Kuznick detail U.S. corporate sponsorship of both sides of both world wars and how the nation profited from the misery of others. Much copy is also given to the manipulation of the governments of other countries by U.S. intelligence agencies to overthrow democratically elected leaders and replace them with puppets in line with U.S. corporate and economic interests.

Also evident is the total unsuitability of many U.S. presidents to hold the office, Harry S. Truman and George W. Bush are revealed to have been highly unqualified for the office of U.S. president…Ronald Wilson Reagan, Lyndon Baines Johnson, and Richard Milhous Nixon were also questionably qualified for the position. However, the book outlines well that the president is merely one of many shaping U.S. policy and that the figurehead leader is subjected to the machinations of myriad advisors and consultants many of whom have ulterior motives in swaying presidential directives.

It is also well covered in the book that there have been many inspired leaders who could have shaped a more compassionate and admirable United States and positioned the powerful nation into the world with the respect rather than the fear of other nations and their people. Henry Wallace was such a leader, but his policies were considered too dove-like by the hawks, and he was effectively railroaded out of office before he could implement any policies that may limit U.S. global hegemony. An advocate of social equity and a staunch anti-imperialist, Wallace was a very popular vice-president to Franklin D. Roosevelt during WWII and may have become President had the Republican guard not determined his “utopian” ideology was unsuitable to further their political ends. Harry Truman was given the vice-presidential nomination despite only a 2% support base. Wallace polled 65%. 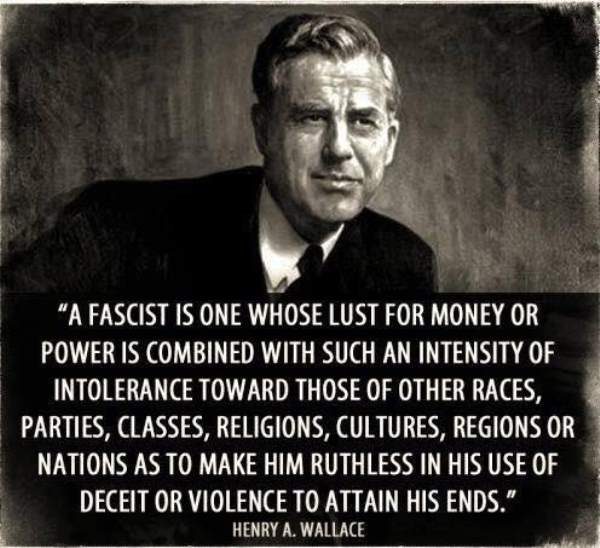 Roosevelt went on to win a second term and died in office a short time later, which made Truman president, Wallace missed out by a mere 82 days. Truman went on to do such things as drop atom bombs on Hiroshima and Nagasaki and effectively start the Cold War with Russia, decisions which perhaps would have been avoided should Wallace have assumed the presidency.

The Vietnam War years are given much coverage in the book, perhaps because Oliver Stone saw active service there. Presidents Dwight D. Eisenhower, John F. Kennedy, Lyndon B. Johnson, and Richard Nixon all held office during the debacle of the Vietnam War. The sheer obstinacy of U.S. foreign policy is revealed in that way the conflict was handled. Numerous opportunities to withdraw were ignored on the grounds that bringing the troops home would be seen as a sign of weakness and that the United States must win at any cost to ensure the world knows who is boss and to rid the world of Communism. The destruction of three countries; Vietnam, Cambodia and Laos ensued, the expenditure of billions of dollars and the loss of over 5 million lives could have been avoided if the United States swallowed its pride and accepted political philosophies other than their own.

The Cold War and the proliferation of nuclear arms are detailed well in the book. The insanity of having weapons stockpiled that could destroy the entire world 50 times over and lead to the annihilation of every living breathing thing of Earth…and the numerous times such a dystopian possibility came close to becoming a reality is chillingly revealed. Military lobbyists, right-wing hawks and industrialists again shaped U.S. policy and manipulated presidential decisions in their favour…which leads us to the George W. Bush/Dick Cheney years, which put other presidential failures in the shade in terms of legal breaches, military spending, corporate pandering, personal avarice and blatant incompetence.

Finally, President Barack Obama, who has had real opportunities to right many of the wrongs of the Bush/Cheney administration and beyond. He was seen as a great hope by the people of the United States and the world to bring about a new era of U.S. leadership and take the nation forward positively and proactively but has thus far failed on all counts. His capitulation to Wall Street over the finance industry engineered banking crisis, his failure to close Guantanamo Bay prison facility as promised (yielding again to military counsel), his increased covert surveillance of U.S citizens private information and the use of drones to eliminate perceived enemies and lots of innocent civilians in the process. He has not lived up to the promise he showed, and his actions have even served to exacerbate the perceived terrorist threat to the United States.

The pursuit of whistle-blowers like WikiLeaks founder Julian Assange, U.S. Marine Bradley Manning and now Edward Snowden again presents Obama with an opportunity to re-engineer U.S. policy toward greater transparency and to live up to the land of the brave home of the free dictum that has long been a satirical platitude in the United States.

The Untold History of the United States should be at the very least compulsory reading for any aspiring U.S. president in the hope that they will know that their office is under public scrutiny and acceptance of political lies and obfuscation is no longer acceptable to a increasingly aware, thinking and unified populace…as evidenced by the recent “Occupy” movement.

Stone and Kuznick dedicate the book to their children in the hope that a better world results from its publication…this is perhaps a lofty and overly optimistic expectation, but they have put the U.S. government on notice, and it’s about time!