Posted on September 17, 2011 by LivinginPeaceProject

A New Zealand Government Department authorised by an Act of Parliament and by Royal Decree to Receive Official Complaints.

The Curious Case of the Premasticated Chocolate Fish

Hyacinth:   Good morning. I am here to lodge a serious complaint!

Hyacinth:    I am not a Madam! I am virtuous Christian church goer. Yes, I would like to make an official complaint!

Rob Bersdog:    So what is the nature of your complaint, babe?

Hyacinth:    Well I purchased this chocolate fish from the Karamea Information Centre and look someone has eaten the tail before I bought it!

Rob Bersdog:    How outrageous! Do you realise the seriousness of your complaint Miss ……???

Hyacinth:    Miss Camelia! No!  How serious is my complaint?

Rob Bersdog:    Mmmm! Let me see… Ministry of Red Tape Complaint 714/3 “To whit. Did purchase aforesaid chocolate fish minus cranial obtrusion!”  Wow!  This complaint properly prosecuted could result in lengthy prison terms for the miscreants that have enacted this monstrous crime upon your good self!

Hyacinth:    Good! Justice must prevail!  Now look here young man and examine this chocolate fish very closely and you will note that the head has also been eaten and there are the incriminating teeth marks.

Hyacinth:    You young people are not so sharp are you? Look it has been gutted, scaled and filleted as well!

Hyacinth:    An act of vicious cruelty has seen someone cut off the dorsal fin.

Rob Bersdog:   Sacre Rouge!  In all my born days I have never seen such vicious depravity!

Rob Bersdog:    Shall we kneel down and pray for forgiveness!!

Hyacinth:   No I want the perpetrators castrated!! 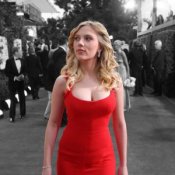 Red Scarlett:    Excellent! Does she have a Gold Card?

Rob Bersdog:    No, only her Pension Card.

Red Scarlett:    Rats!! Does she have any gold fillings?

Rob Bersdog:    No, she has got dentures!

Red Scarlett:    Mmm! What would Uncle Shylock do in this situation? Right, bring her in I will deal with this problem!

Rob Bersdog:    Excuse me Miss Camelia. The Manager  Mr.  Red Scarlett considers this complaint of such national significance that he will handle this complaint himself. Please step into his office.

Hyacinth:   Oh!  What a nice office! What clan is that coat of arms on the wall?

Hyacinth:    Why is the knight chopping off that young lady’s head!

Red Scarlett:    That is symbolic of the Clan Scarlett requirement for precise dispensation of justice!

Hyacinth:    But… but … why ..is the minister giving the last rites with a large bottle of Loch Craig in his left hand?

Red Scarlett:    I believe he injured his right hand in a poker game!

Hyacinth:    Why is the young lady being executed, dressed in a bodice??

Red Scarlett:    Lady Sabrina was caught in fragrante delicto by my ancestor Sir Will Scarlett?

Hyacinth:    Ooooh!! I imagine the ladies husband demanded the restoration of family honour by exacting the ultimate penalty!

Red Scarlett:    Indeed! Sir William is executing his own wife!!

Red Scarlett:    Well actually Sir William was a schizophrenic and he caught his wife canoodling with his alter ego!!

Hyacinth:    Slut!! She deserved the chop!

Red Scarlett:    Right, now the Ministry of Red tape exacts a particular fee for your category of complaint.

Hyacinth:   But I am penniless. I lost all my savings which I invested in the Last Resort Diamond Mine share float!! In fact you were one of the trustees!!

Red Scarlett:    Yes a rather unfortunate affair!! Now ..do.. you have any life insurance?

Red Scarlett:  Excellent! Now sign right here and the Ministry of Red Tape will take a lien on your policy as security for the complaint fee!!

Hyacinth:    That is a nice gold watch you have on Mr. Scarlett!!

Hyacinth:    I do admire a man who wears a hand make silk suit. So dashing!!

Red Scarlett:   cough cough .. I may be coming down with something!  Aachoo!

Hyacinth:    Mmm this coffee is quite bitter! Can I have a teaspoon of sugar?? 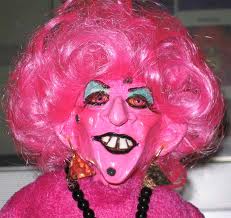 Sweeny Todd   :   Would you like a haircut while you are waiting for me to microwave your pies!!

Sweeny Todd   :  Of course, they are so much tastier! 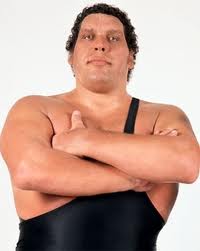 Phil   :   Well could you cut this hair between my front teeth!

Sweeny Todd   :   Phil! Mate! You look a different man after you have been shorn!

Red Scarlett    :    Right I am commandeering this ear for evidential purposes. 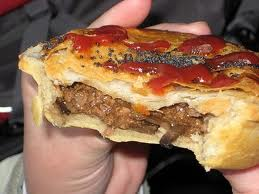 Paul Murray is the founder of the LivinginPeace Project. www.livinginpeace.com Paul originally from Australia, but have been living in New Zealand for 14 years. Before that he was in Japan for a decade working as a journalist. He met his wife Sanae in Japan and they married in 2008.
View all posts by LivinginPeaceProject →
This entry was posted in Art, Funny, Humor, Humour, Karamea, Karamea Ministry of Red Tape, Parody, Satire and tagged Funny, Hilarious, Humor, Humour, Karamea Ministry of Red Tape, Parody, Satire. Bookmark the permalink.