Off the Top of My Head: Travels in Japan

Posted on May 14, 2012 by LivinginPeaceProject 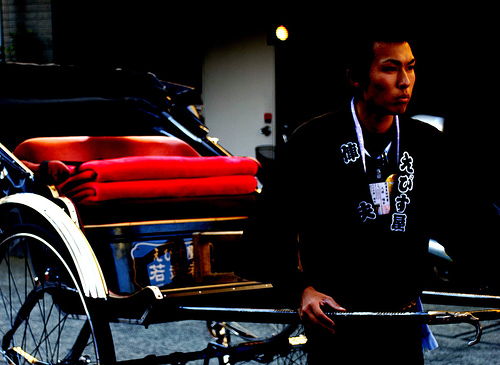 Rickshaw Anyone: Travel Takayama in Comfort and Style…Old School…

Takayama is an ancient wooden town nestled in a mountain-ringed hollow in the Southern Alps. It is a window into a rich ancient culture and a lifestyle fast fading.

Freshly cut and curing timber, the sound of running water, the aroma of roasting rice dumplings, wafts of incense, the soft toll of bells and laid-back country folk – just a few of the many beguiling features of the town of Takayama. The two-hour train trip from Nagoya to Takayama, in Gifu Prefecture, is one of the most scenic in Japan. The Takayama line, a single non-electric track, winds along the Hidagawa River through steep wooded valleys, across bridges high above the rugged rocky base of the river, by fishermen casting in search of trout. The train takes you, not past, but through the middle of lush green rice fields, the soft round lines of frequently trimmed tea plantations and dense groves of splendid giant bamboo. The villages along the way display traditional houses and whitewashed farm warehouses. The panorama changes constantly, providing passengers with a feel for country life without getting their hands dirty.

On arrival at Takayama, the first stop should be the tourist information office immediately in front of the station. The office has English-speaking staff and a comprehensive range of maps and tourist information about the city and its surroundings. Weather and fitness permitting, a bicycle is the best way to get around Takayama, and there is a cycle-rental shop to the right of the station building. With map in hand and a bike between your legs, the city becomes yours to explore and enjoy.

Takayama is known as “little Kyoto” for its similarity to the ancient capital of Japan. The town is made for wandering: meander its streets and discover temples, shops and restaurants, and open-air stands offering gooey mitarashi-dango on sticks. There are so many places to see, foods to sample and scenes to absorb that time simply melts away. Luckily the day starts early in Takayama. The asa-ichi (morning market) along the bank of the Miyagawa River is open and buzzing from about 7am until noon. Local people, mostly farm women from the nearby countryside, set up their stalls, stocked with baskets of fresh mountain produce, bundles of flowers, handmade crafts and the local specialty – pickled red turnips. While strolling along the narrow, crowded street, try a glass of local red wine and some kushiyaki (grilled beef kebabs) or hoba miso (seasoned miso broiled on a leaf set over a clay brazier) for breakfast; the ensuing warm glow will put you in the right mood for wandering.

A stroll through the village offers insight into local rural life in the Edo Period (1603-1868). The social structure of the time shows in the different styles of houses. The Taguchi house is the largest, as the family was head of the village for several generations. The house is about 30 meters long and has a large meeting room for group discussions. Tanaka’s house is a simple earthen floored farmhouse. Maeda’s house has a beautiful geometrical design and stands out from the rest – the home of a wealthy timber merchant. Each house has a wood fire with embers smoldering to control humidity, deter insects and keep the thatch dry. The musty smell of the earthen floor and the sharp odor of wood smoke enhance the experience and add authenticity. Domestic utensils, wood craft tools and weaving looms are placed about the rooms, imparting a feeling of life and the sensation that the occupants might return home at any time. The Hida Folk Village overlooks the city from the mountains that surround it. The view shows how quickly the city is being changed by the modern plague that is transforming it into just another indistinguishable Japanese town. Gray, functional, practical, without aesthetics, emotion or character. Visit now before all is lost. After all that culture you may be ready for the gimcrack trumpery of the new Teddy Bear Museum at the base of the hill leading to the folk village. Here you see rows and rows of – surprise! – teddy bears.

Kaya Yamada, or Pon-san, was born in Takayama, one of the main centers of the hippie movement in Japan, but spent his life travelling the world, living freely and doing as he pleased. His nickname (which loosely translates as “explosive”) comes from his impulsive nature. He is known in Japan for his freewheeling lifestyle and his uncompromising desire for personal freedom, making him something of an inspiration to hedonistic and free-spirited nonconformists. Pon, who authored the book “I am a Hippie,” is considered a hippie god in Japan and is widely known throughout the country by hippies old and new. No doubt he is also well known to the authorities too, having recently been busted with 350 mature marijuana plants in his garden.

Now in his early sixties, he shows no signs of mending his ways, leaving his radical, alternative ideas behind and getting into the uniformity of mainstream Japanese society. Something of an environmental activist in his youth, Pon successfully organized a protest group in the 1970s that stopped Yamaha Co. from building a motorcycle fuel tank manufacturing plant on a pristine beach in Amami-Oshima, in Kyushu. He once also tried (unsuccessfully) to stop a nuclear power plant being built in Okinawa.

Pon is also one of the leading members of a pro-marijuana lobby group seeking its legalization. The son of a playboy ryokan innkeeper, Pon was born with a hunched back, which restricted him physically but did nothing to dampen his spirit. His father advised him to think carefully about his career as his body would not allow him to pursue the farming or fishing aspirations of many of his peers. This parental guidance made him take a long, hard look at his talents and abilities.

He found that he was very artistic, and his parents sent him to Kyoto in his late teens to study the art of textile dyeing and tie-dye in the kimono industry. Before he departed, his father gave him the “birds and the bees” lecture and stressed the importance of losing his virginity at the earliest possible opportunity. Pon soon sent a cable to his parents from Kyoto claiming success.

His father wrote back by return mail telling him that he and his wife had drunk a toast to his achievement, praised his excellent work and sent him ¥2,000 as encouragement to continue in the same vein and to facilitate his sexual education. “This is very good work, Pon. You should do this as much as you can,” his father wrote.

Pon now has two grown daughters. These days Pon spends his time painting, a skill that has kept him in food most of his life, and organizing rave parties in the mountains. The most recent weekend of trance and techno attracted 4500 revelers. The popularity of the events he organizes suggests his great understanding of humanity and is an extension of his bohemian ideals. “Raves will unite the people of the world; there is no language, no race or creed, just a meeting of like-minded folks in an atmosphere of love,” he said. Pon continues to do what he believes is right – increasing the peace. Paul Murray 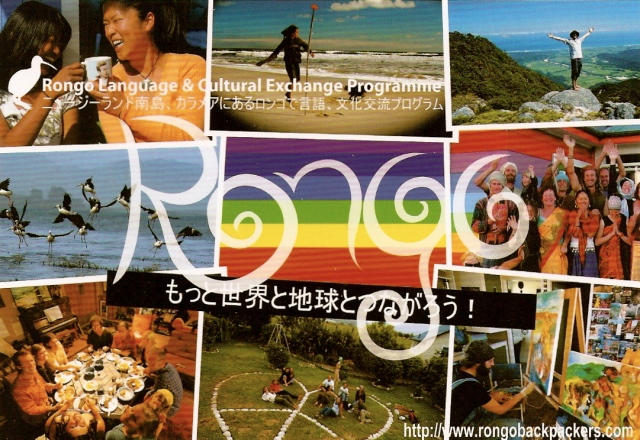 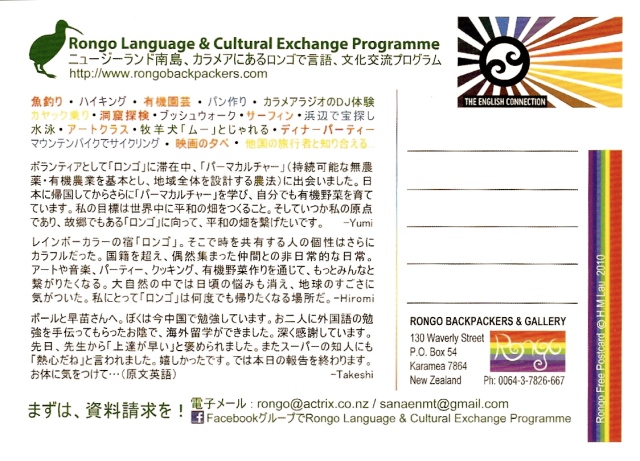 Paul Murray is the founder of the LivinginPeace Project. www.livinginpeace.com Paul originally from Australia, but have been living in New Zealand for 14 years. Before that he was in Japan for a decade working as a journalist. He met his wife Sanae in Japan and they married in 2008.
View all posts by LivinginPeaceProject →
This entry was posted in Humor, Humour, Japan, Photography, Travel and tagged Hide Takayama, Japan, Paul Murray, Photography, Travel. Bookmark the permalink.