Posted on November 5, 2012 by LivinginPeaceProject

When the International Hall of Fame (accidentally housed at Rongo!) finally receives enough bribes to award the Nobel Prize for “The Most Exceptional Contribution to Publishing Ever!!” The Rongolian Star will unrivalled and unequalled receive this suspicious award! 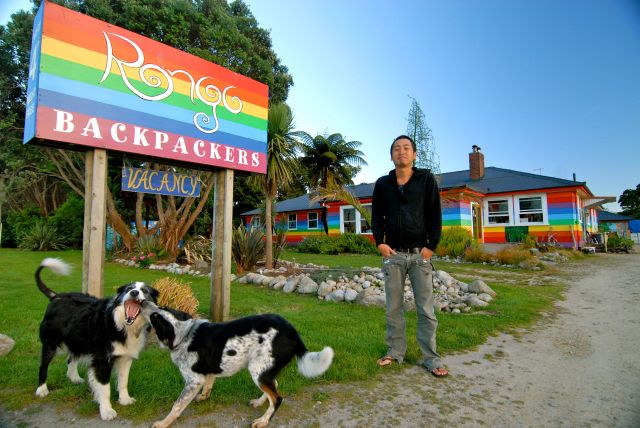 A gargantuan cosmopolitan audience of 50,000 hyped gullible litterati and pseudo wannabe intellectuals have gazed in unadulterated crazed admiration at the literary brilliance of the MENSA life peers employed by The Rongolian Star as journalists, writers, authors, investigative sleuths, comedians and raconteurs!! Shamefully enhanced by subtle mammarian imagery, the spectacular photography of inspired genii and suitably embellished by poignant and significant works of art yet to be discovered outside Karamea, The Ronglian Star is daily; avariciously visually and mentally engorged in over 112 countries worlds wide!!!

P.S. Incredibly and pathetically there has only been one view from Guadeloupe in the entire publishing history of  The Rongolian Star! Ok, so there are no computers and no internet access in Guadeloupe, Government Thought Police cruelly control the populace and Guadeloupe President IRA Dick Tator is dyslexic and his mother in law is expecting his child!! So fucking what??? There is nothing more important to the education of all Guadeloopians to read, digest and cogitate on the excessive ramblings and nonsense contained within The Rongolian Star!!

Approved for publication By Order in Council and Rongolian El Presidente for Life:

Paul Murray is the founder of the LivinginPeace Project. www.livinginpeace.com Paul originally from Australia, but have been living in New Zealand for 14 years. Before that he was in Japan for a decade working as a journalist. He met his wife Sanae in Japan and they married in 2008.
View all posts by LivinginPeaceProject →
This entry was posted in Advertising, Art, Business, Economics, Education, Environment, Funny, Hilarious, Historical, Humor, Humour, Kahurangi National Park, Karamea, LivinginPeace Project, New Zealand, Peace, Permaculture, Photography, Politics, Religion, Satire, Social Commentary, SuperMoo the KarameaWonderDog, Travel, Uncategorized, West Coast and tagged 000 readers, 50, blog, milestone, newsletter, publishing, statistics, The Rongolian Star. Bookmark the permalink.