Posted on December 14, 2012 by LivinginPeaceProject 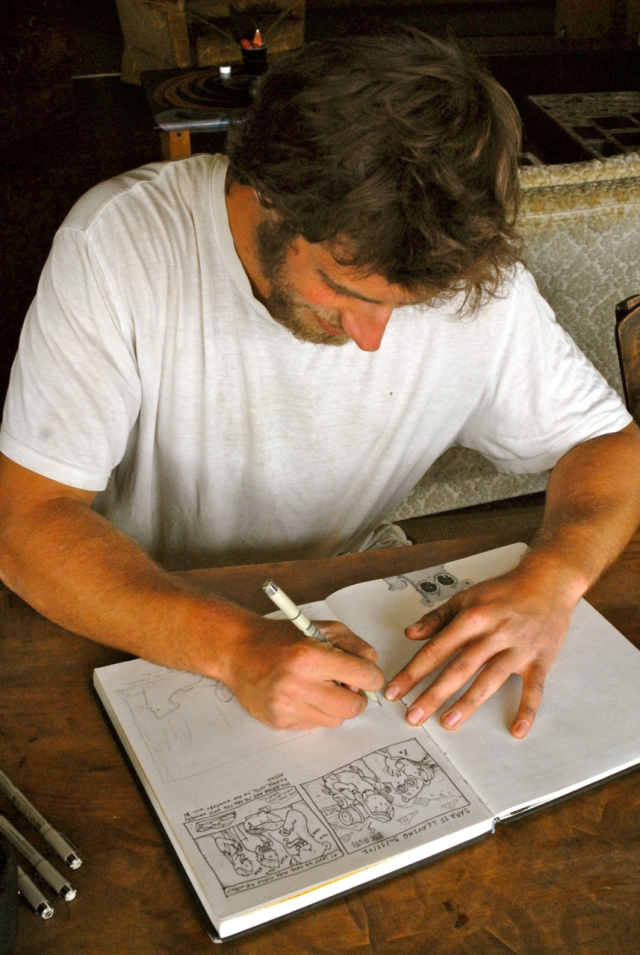 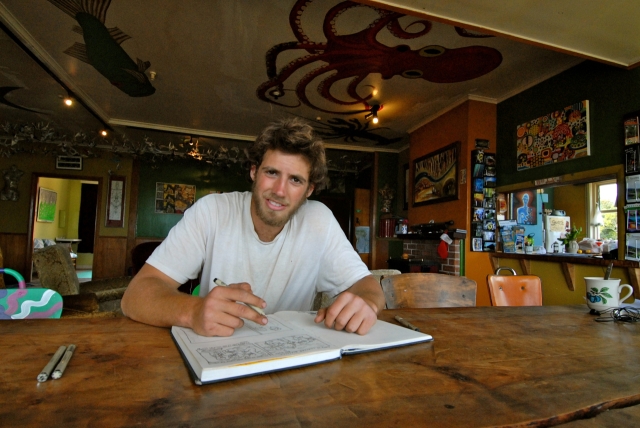 Israeli artist Tzook Marcel Har-Paz happend across Rongo Backpackers & Gallery by chance and found kinship with the creative people, the harmony and peaceful atmosphere of the unique hostel at the top of the West Coast of the South Island of New Zealand…and decided to stay on as a LivinginPeace Project resident artist on the invitation of owner Paul Murray.

Arriving at Rongo and Accepting and Artist Residency at the LivinginPeace Project….

Tzook has never had any formal art training, but his father is an art teacher and artist and he has grown up in an environment where the use of the right brain is encouraged and fostered. Having never really attempted to express himself artistically, Tzook has discovered artistic talent inherent in him and travel has helped it emerge from its latency. 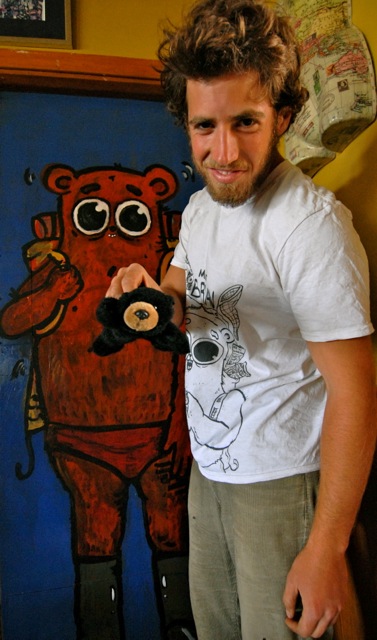 Tzook with Bryan the Bear (Real and Manga Form) 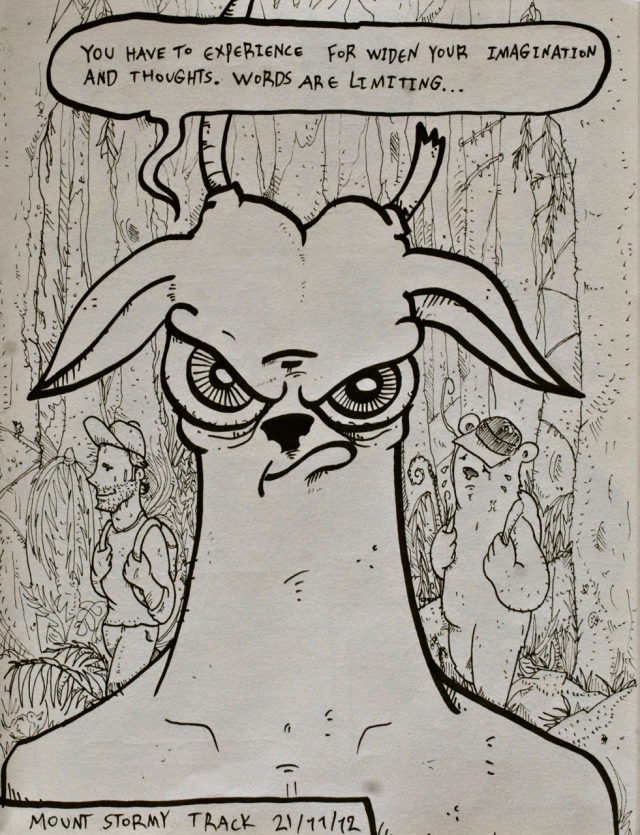 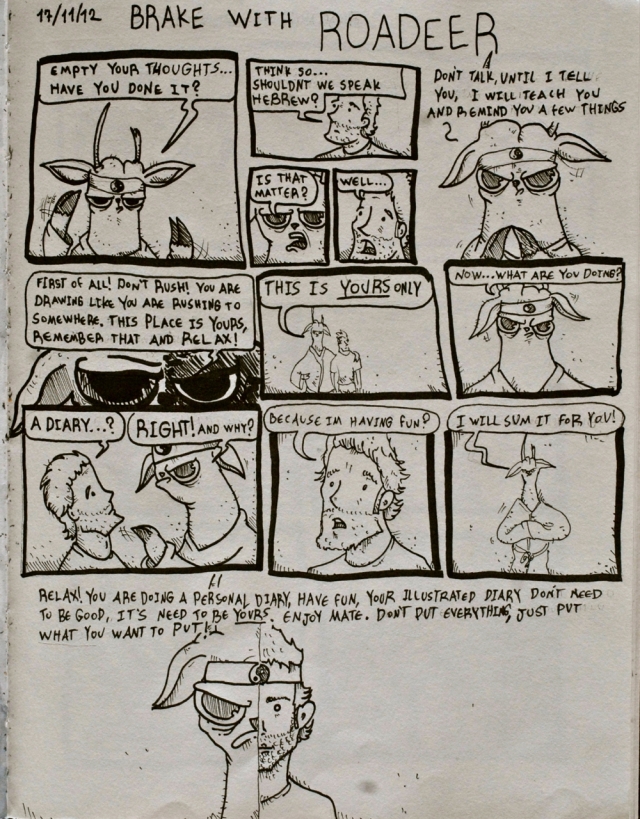 Gaining Experience and Wisdom from Experiences on the Road….

Working on the Farm and Becoming a Rongolian…. 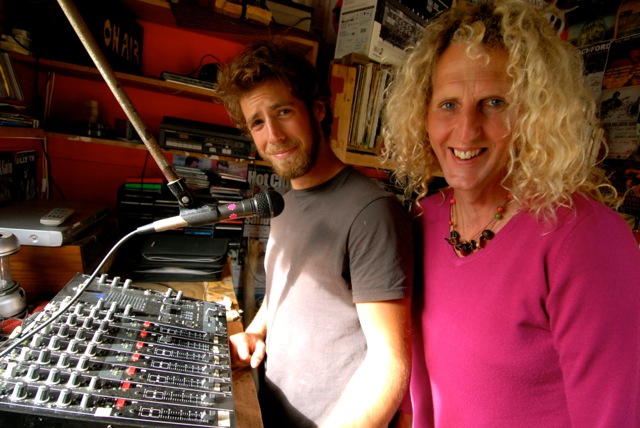 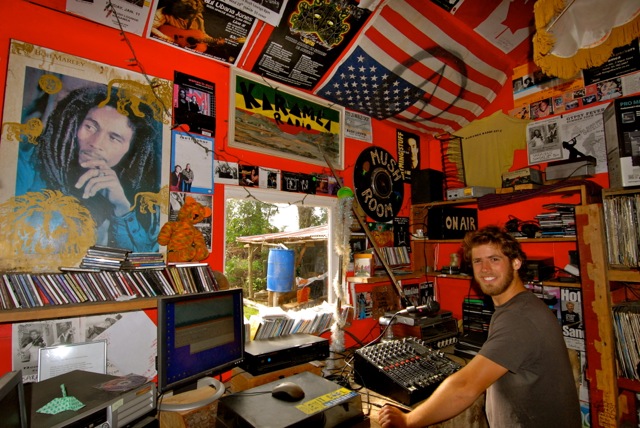 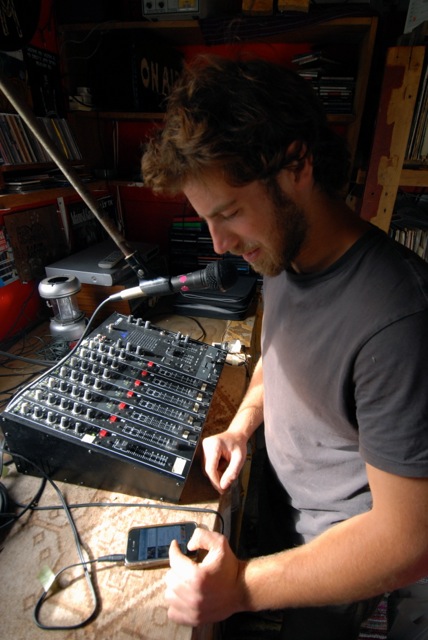 Catching a Fish for the First Time and the Possibility of Fame.

Making Friends and Becoming a Rongolian….

During his Artist Residency at Rongo, Tzook was interviewed by a Japanese TV crew who were in Karamea filming for the TV show “Sekkai no Hatte no Nihin Gin” (Japanese at the Ends of the World) as the owner of the hostel Paul’s wife Sanae is from Tokyo and the crew came to film her life in Karamea for TV in Japan. The TV crew were very interested in Tzook’s Japanese manga-style work and also interviewed and filmed him at work. The show will air in Japan on January 7, 2013 and Tzook’s artwork will be in display in Japan. 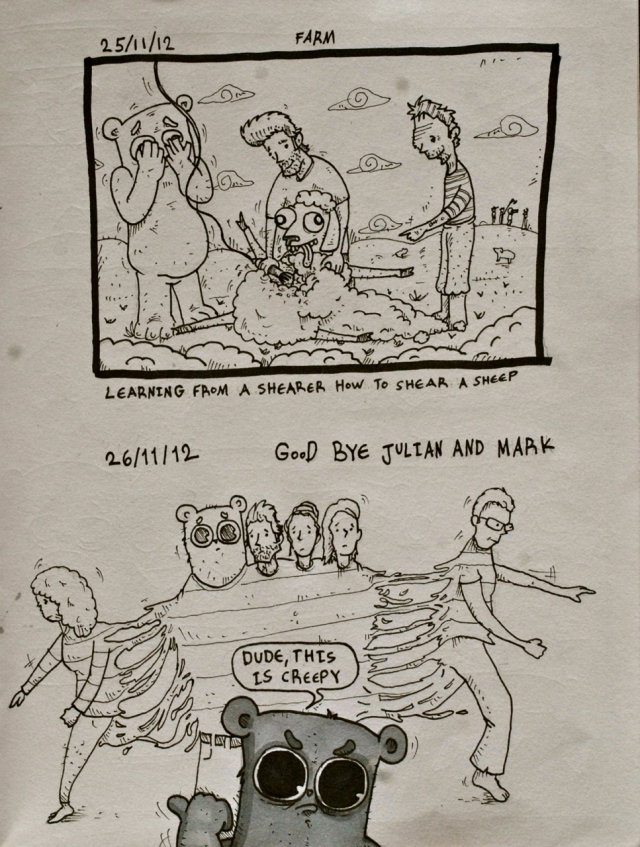 Sheep Shearing and Farewell to Friends…

Tzook became a valuable member of the wwoofing team at Rongo and forged many friendships during his time in Rongolia. His great sense of humour and passion for life made him very popular among the wwoofers and guests during his time in Karamea. He also had an opportunity to learn a lot of new skills during his tenure like; sheep shearing, radio DJing, gardening, cooking and catching fish.

Tzook recently graduated from the Israeli Army with honors…he achieved the rank of Sergeant, but was relieved to be free of the rigid discipline, danger, responsibility and authoritarianism of military service and turned to his artistic flair for cathartic release from his stint in the army and the associated mental burden he had been carrying.

On leaving Israel, his sister Keren and her husband  Ben Peck gave him a soft-toy bear as a mascot/protector/friend to protect, comfort and humour him on his travels…Tzook named the bear “Bryan.”

Bryan the Bear has been a constant companion on Tzook’s journey and feature in his “manga” styled comic artwork…along with his alter-ego “Roaddeer Squirrelberg,” who provides a steam-valve for pent-up aggression and machismo resultant from the military experience, but is not necessarily a natural character trait of the more peace-loving Tzook.

Tzook, Bryan and Roaddeer hit the road and found their was to New Zealand where they walked into many adventures and experiences. Tzook has been keeping a record of their journey by cataloging their travels in manga form in his notebook and hopes to eventually publish the work on his return to Israel.

New Zealand was Tzook’s first destination as he plans to travel to many countries, so he thought it best to go first to the furthest country and work his way back. His comic travel diary is filling fast with the many experiences he and his friends (real and imaginary) have enjoyed in Aotearoa.

Drawing has helped Tzook to overcome the challenging experience of being a military pawn and helped to put to bed the associated demons…we wish him well on his travels in life and art.