The Incredible Adventures of a Swedish Centenarian

Posted on August 29, 2014 by LivinginPeaceProject 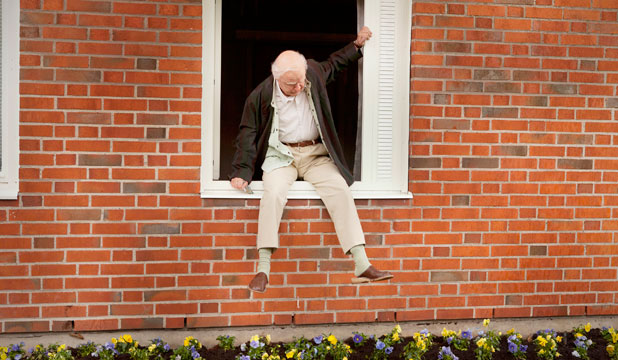 A fertile imagination is not something you’d expect from a person with the name of Jonas Jonasson, but his book “The Hundred Year Old Man Who Climbed Out The Window and Disappeared” is evidence that Mr Jonasson has significantly transcended the creativity of his parents, or indeed that of his Nordic ancestors.

On the eve of his 100th birthday, almost centenarian Allan Karlsson escapes from the banality of his mundane existence in an old-age facility in rural Sweden and goes on a fantastic voyage. In his twilight, Karlsson manages, among other incredible feats, to steal 50 million kronor (over $US7 million) in drug money from a Swedish gangster, inadvertently kill two gang members, recruit his own gang, elude the violent and angry gang boss (before eventually converting him to Christianity), stay just ahead of the police, befriend an elephant and finish up getting married in Indonesia and living happily ever after.

The hilarious tale is interspersed with anecdotes from Karlsson’s equally extraordinary life and is very much a ‘Forrest Gump” tale of someone who just kept on keeping on with blithe regard for life’s complications like politics, religion and social norms. He overcomes numerous seemingly insurmountable barriers by maintaining a positive mental attitude and believing that a solution to whatever predicament he finds himself embroiled in will eventually present itself.

His casual, come-what-may approach to life and incredible good fortune, leads him share his penchant of vodka with many of the history’s largest names and, in associated inebriation, develop useful first-name friendships with many, including; Chairman Mao, Harry S. Truman, Lyndon B Johnson, Charles de Gaulle and Winston Churchill.

During the course of his fascinating life, Karlsson manages to become an explosives expert, saves General Franco from being blown to pieces, and thereby aids the establishment of a fascist dictatorship in Spain, solves the problem of nuclear fission for U.S. scientists working on the Manhattan Project in Los Alamos and later provides the solution to a similar problem for Russian physicists and thereby initiating the Cold War.

When in China, he finds himself straddling both sides of the civil war by befriending Mao’s wife Jiang Qing and Soong Mei-ling, wife of Kuomintang leader Chiang Kai-Shek. He escapes his potentially life-threatening situation in China by traversing the Himalayas on foot and arrives in Iran a prisoner of the notoriously ruthless Iranian police chief whom he subsequently manages to blow up and simultaneously thwart an assassination attempt on the life of Winston Churchill who had stopped off in Tehran en-route to Kenya to visit his friend the Shah. In the ensuing chaos, he again manages to escape certain death and arrives at the Swedish Embassy in Tehran, where he is granted asylum and eventually makes it back to Sweden––on the intervention of his friend President Truman––where he is promptly abducted by a Russian physicist in the hope he will assist the Soviets also build an atomic bomb.

In the Soviet Union, Karlsson then manages to infuriate Stalin at a dinner party by inadvertently revealing that he’d been responsible for saving the lives of both of General Franco and Winston Churchill and then exacerbating the situation by drunkenly reciting a verse by a Swedish poet Verner von Heidenstam, a fascist sympathiser. He then tangles with Stalin’s ruthless Soviet security and secret police (NKVD) head Marshal Lavrentiy Beria and winds up in a gulag with Herbert Einstein, the dim-witted brother of Albert Einstein…they make a daring escape together after five years hard labour by destroying the entire city of Vladivostok, arrive in Pyongyang, meet both Kims (Il Sung and son Jong Il), and Mao Zedong…and then wind up in Bali for a 20-year holiday financed with greenbacks the United States had provided the Kuomintang that been subsequently sequestered by the Communist Party (a gift from his friend the Chairman). Karlsson becomes fluent in half a dozen languages, is appointed interpreter for the Indonesian Ambassador to France…I could go on and this book certainly does!

“The Hundred Year Old Man Who Climbed Out The Window and Disappeared” is a fun read that presents a simplistic, but interesting take on 20th Century history and politics and reminds readers that living life is the most important thing about it.

*It transcribes that Jonas Jonasson’s original name was Pär-Ola Jonasson. Why he changed it is not known…perhaps for ease of recognition and retention by the international audience now familiar with his work…apologies to Mr. Jonasson’s parents for my presumption.

**(Swedish names that may be difficult for non-Scandinavian readers are also simplified throughout the book with the use of nicknames for the ease of comprehension…which makes this book much easier reading than anything by Fyodor Dostoyevsky!)

***The book has been made into a film that will be released outside of Sweden in September 2014. 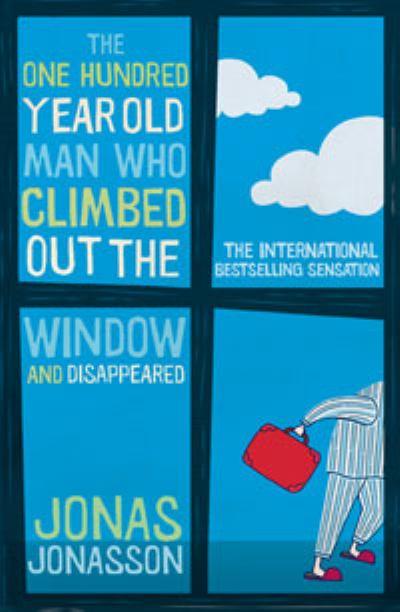 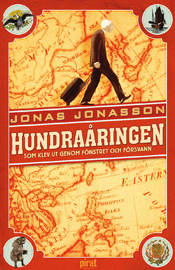 Paul Murray is the founder of the LivinginPeace Project. www.livinginpeace.com Paul originally from Australia, but have been living in New Zealand for 14 years. Before that he was in Japan for a decade working as a journalist. He met his wife Sanae in Japan and they married in 2008.
View all posts by LivinginPeaceProject →
This entry was posted in Book Review, Drugs, Economics, Education, Funny, Hilarious, Historical, Humor, Humour, Money, Politics, Product review, Social Commentary, Sweden, Travel, United States, War and tagged Allan Karlsson, Book Review, Funny, Good Read, Hilarious, Jonas Jonasson, Off the Top of my Head, Paul Murray, Sweden, The Hundred Year Old Man Who Climbed Out The Window and Disappeared. Bookmark the permalink.

4 Responses to The Incredible Adventures of a Swedish Centenarian