Posted on June 23, 2011 by LivinginPeaceProject

Karamea Ministry of Red Tape is authorised by an Act of Parliament and the Royal Seal of Queen Elizabeth of England to receive Official Complaints.

Last Samurai: But yesterday this was the Karamea recycling bin!!

Last Samurai: It’s a bit dark in here and if I sit down I could cut myself on all that broken glass!

Office Junior: How may I help you??

Last Samurai: Well I would like to make an official complaint!!

Office Junior: You will have to wait until our Official Complaints Manager comes back from lunch!

Office Junior: May I say what a truly wonderfully colourful jersey you are wearing today sir ! Ha ha !!

Last Samurai: Psst!! Miss!! Yes you! Can you help me with my official complaint?

Angela: Yes I decide weather we have Shrewsbury’s or gingerkisses for morning tea!!

Last Samurai: What about afternoon tea?

Angela: I need to consult someone with executive authority before the  making of any decision apertinent and apropos to the New Zealand Ministry of Red Tape Karamea Office post meridian office conference digestibles!

Last Samurai: Look I want to make an official complaint about this Department of Conservation 40 page concentric flow chart that I was about to recycle! Can you help me?

Lollipop La Cleavage: An official one?

Last Samurai: Shouldn’t you be in school?

Lollipop La Cleavage: I’m on Work Experience. I am the Manager’s Personal Assistant!!

Last Samurai: Well, we need a wwoofer with just your skills and attributes at Rongo!!

Last Samurai: I’m looking at them! 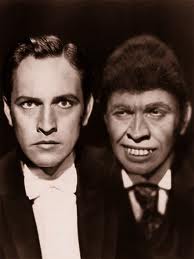 Jekyll Hyde: That’s a bad cough you have there sir!

Last Samurai: You don’t have any remedy for my cough do you?

Jekyll Hyde: Of course I do! I’m the office Spin Doctor! Here take this you will be as right as rain!!

Last Samurai: But that’s a bottle of 1080 tablets!!! Where did you get them from?

Jekyll Hyde: The Department Of Conservation was having an aerial lolly scramble over Ursulas Farm last week!

Last Samurai: Geez no wonder her apple cider’s got a kick like a tiger shark on heat!

Jekyll Hyde: Tell you what mate! A cocktail of these wonder pills and Ursula’s apple cider cured my granny’s  cough quick smart!

Jekyll Hyde: Ha ha ha!! Unfortunately she passed away unexpectedly, but she left me a bundle in her will.  Ha ha ha!!

Last Samurai: Bloody Mary! Excuse me young man, but I wish to register a complaint!

Wally: An official one??

Wally: I can’t help you I’m the office clock watcher!

Last Samurai: What about you young lady can somebody take my complaint?

Doris: No I’m his assistant. He watches the big hand and I watch the little hand!

Last Samurai: Hey, if  you look at the office clock from over here, the little hand looks larger!

Last Samurai: So what time is it then?

Last Samurai: Why are you trying to stuff that duck in the filing cabinet?

Donald: I’m the office duck shover and I’m trying to file it under D for Duck!

Donald: Thanks! It just needed a bit of elbow grease!

Tea Person: Excuse me sir! I am the only sane one around here. Would you like a cup of tea?

Tea Person: There you are sir!

Last Samurai: What!!! That is just a fridge magnet with the letter T in a cup!

Tea Person: Occupational Safety and Health regulations prevent us from serving customers with hot drinks just in case you burn yourself! But I can give you a teaspoon of sugar. Do you have your own cup?

Last Samurai: Can I have some milk??

Tea Lady: No. OSH requires us to have all milk double blind tested by Ag Research before we can serve it. Problem is by the time it gets back from the lab it is so sour we have to dispose of it in triplicate!

Last Samurai: I suppose a bikkie to go with my cuppa would be in the too hard basket??

Tea Lady: Not all as long as you supply your own!

Last Samurai: Geez you do have a “Too Hard Basket”!!! Who is that sitting in it with a bottle of sherry in his hand?

Last Samurai: I wish to make an official complaint!

Red Scarlett: An official one?

Red Scarlett: Do you have an appointment??

Last Samurai: No I bloody well do not have an appointment!

Last Samurai: But I am the only person who has attended your office in the last three hours!!

Red Scarlett: Bad Luck! Look! See my appointment book is full for the rest of the year. So you will have to come back next year!

Last Samurai: But this office only opened here in Karamea today! I’m going to see my M.P!!!

Red Scarlett: Agnes! Ring the Police quickly. Get hold of Sergeant Paddy Locks. Tell him we have a bolshie and a right villain here! 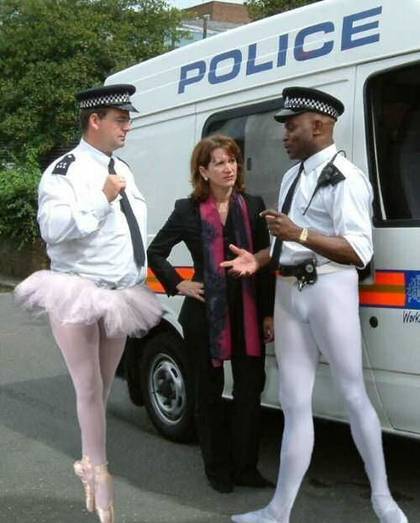 Agnes: It’s Agnes from the Karamea office of the New Zealand Ministry of Red Tape. We have a dangerous criminal, on premises, you need to come right away!

Sgt. Paddy: I haven’t even finished me play loonch and I’m right in the middle of playing with me dollies!!

Agnes: Red Scarlett says if you hurry he will buy you a big bag of licorice!!

Sgt Paddy: Top of t’ morning to ya surr! Give us yrrr name and yrrr addrrress!

Paul: But you know who I am! Paul the owner of Rongo!

Sgt. Paddy: And when did tat dog last see a dentist?

Sgt. Paddy: Did you pay forrr the shoelaces on the shoes you rrr wearrrin??

PC Plod: Do you have a rrreceipt??

Sgt. Paddy: Rrright you rrr! You have the rrright t’ rrremain silent, but anything you do say will be taken down and may given in evidence!

Paul: I need to have a slash!!

Sgt. Paddy: Is that slash with one exclamation mark rrr two??

Red Scarlett: Excuse me officer but do you have a licence for that ball point??

Sgt. Paddy: Begorrrah I’m lumbered! Can I see a lawyrrr??

Red Scarlett: What for?? You’re going to the Big House!

Sgt. Paddy: Well Paul looks like wrrr both in the CRRRAP!!

Paul Murray is the founder of the LivinginPeace Project. www.livinginpeace.com Paul originally from Australia, but have been living in New Zealand for 14 years. Before that he was in Japan for a decade working as a journalist. He met his wife Sanae in Japan and they married in 2008.
View all posts by LivinginPeaceProject →
This entry was posted in Funny, Hilarious, Humor, Humour, Karamea Ministry of Red Tape, Parody, Satire and tagged Funny, Hilarious, Humour, karamea, Karamea Ministry of Red Tape, Parody, Satire. Bookmark the permalink.