TruckNuts: Another Must-Have Product from The United States

Posted on July 6, 2012 by LivinginPeaceProject

TruckNuts, also known as Truck nutz, truck balls, BumperNuts, BumperBalls, or Trucksticles, are plastic accessories for pickup trucks and other vehicles that resemble a pair of dangling testicles.

They appeared in 1998 in the United States, and were first sold on the Internet in 1999.

TruckNuts are usually hung for humor or amusement. They are attached under the rear bumper of the vehicle so they are visible from behind.

Available in original flesh tone and a range of fun colours, TruckNuts are the perfect gift for Fathers Day…

And don’t the Ladies just LOVE them! 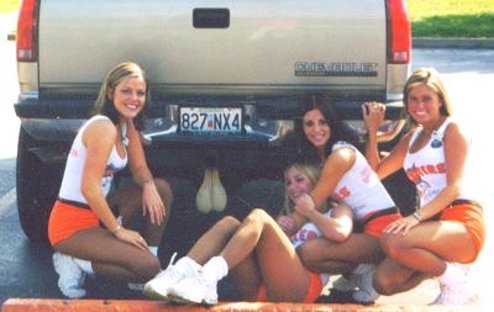 Augment your truck today with a decent set of TruckNuts…you’ll never look back!

Paul Murray is the founder of the LivinginPeace Project. www.livinginpeace.com Paul originally from Australia, but have been living in New Zealand for 14 years. Before that he was in Japan for a decade working as a journalist. He met his wife Sanae in Japan and they married in 2008.
View all posts by LivinginPeaceProject →
This entry was posted in Advertising, Art, Erotica, Fashion, Funny, Gifts, Hilarious, Humor, Photography, Product review, Sex, Social Commentary, Uncategorized, United States, Weird and tagged Funny, Hilarious, Humor, Humour, Nuts, Product Review, Red Necks, Truck Nuts, Trucks, United States. Bookmark the permalink.