13 Tragic Deaths in the Height of Passion: The Danger of Sex

Posted on December 16, 2012 by LivinginPeaceProject
Written by Oliver May – Copyrighted © www.weirdworm.com

Death stalks us everywhere. The Grim Reaper doesn’t stop when we get drunk or go to work, so of course he’s still going to come for you when you’re busy getting jiggy with it. Probably after watching for a bit and breathing heavily, because let’s face it, he probably doesn’t get much action, what with the whole ‘touch a person, they die’ thing. In commemoration to this self-imposed sexile, here’s the thirteen stupidest ways in that people died whilst doing the nasty.

American tourist Robert Giles died in a Philippines hotel rooms in 2001 whilst taking pornographic pictures of a local 21-year-old woman. The 53 year-old Californian became so overly excited whilst taking the pictures that he suffered a fatal cardiac arrest.

It isn’t known whether they recovered his passport or wallet, as is often the case with stories like this, which is funny seeing as we’d be checking the hell out of those photos forever.

Sandra Orellana died after she fell from an eigth floor hotel balcony in Los Angeles whilst having sex with her boss, Robert Salazer. According to Salazer, they had been changing positions when she lost her balance toppled over the railing and plunged onto the concrete below.

In 1999, Romanian football star Mario Bugeanu and his girlfriend were so desperate to express their passions that they made love in Bugeanu’s Mercedes Benz as soon as it was parked in his garage after a night out. 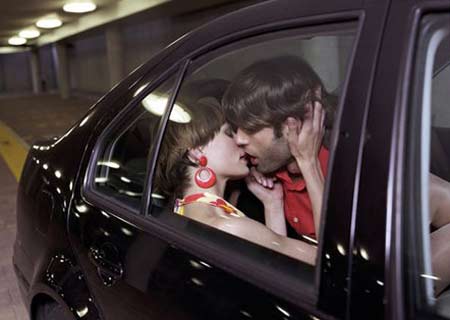 Unfortunately, in their rush to get down and dirty they did not switch off the engine and both died during their passionate romp from that notoriously unsexy passion killer, carbon monoxide poisoning.

Pennsylvanian couple Toby and Kirsten Taylor regularly used electricity as part of their sex play, but it all went horribly, horribly wrong in January 2008 when Mr Taylor accidentally administered a lethal shock to his wife with the power cord from her hairdryer.

A pair of 34 year old Japanese virgins who had waited more than a dozen years to physically consummate their relationship died on their wedding night. Sachi Hidaka and his wife Tomio died from heart attacks during the act as they made love for the first time. Worth it?

Rosa Vela, a 22 year old Peruvian woman, died from septicaemia caused by the rusty padlock on a homemade leather chastity belt that her husband made her wear whilst he was away travelling on business. 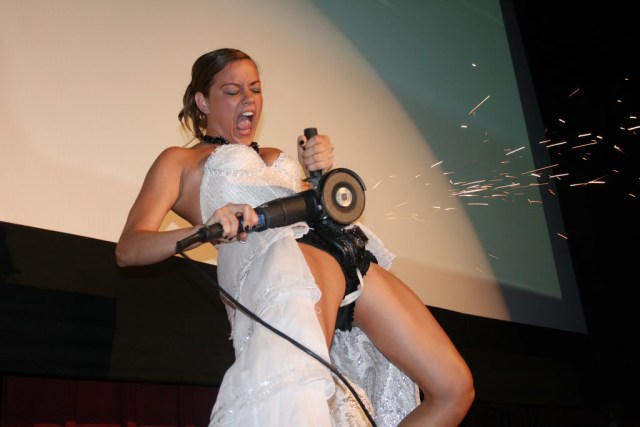 In 2002, the wife and mistress of Hagibis Jungao ran screaming into the lobby of the Dragon Hotel in Manila to get help. Both women had been making love to Jungao in Room 106  when it all became a bit too much for the 45 year olds delicate heart.

An investigation by the Western District Police Homocide section revealed: “Viagra and the kinkiness of sex were his killers.”

Circus animal trainer Hannibal Cantori strangled his wife and then commited suicide in May 1993. According to Bucharest Police, the note he left explaining the motives behind his actions mentioned his understandable horror at walking into a stable one night, and seeing his wife being pleasured by a horse.

After a wild night of drinking in August 2002, a group of male friends from Antipolo City in the Philippines challenged each other to show their manhood to determine who had the biggest penis of the group.

Straight fellows show each other their members all the time, right?

When Eduardo Cristomar laughed at the size of his pal Arnel Orbeta’s penis, the rightfully enraged Orteba took out a gun and shot him six times in the head and groin.

If you’re going to push the boundaries of sexual experimentation, it’s always worth checking that your equipment is working properly. Bondage lover Simon Burley, 38 years old, put a noose around his neck whilst lover Elizabeth Hallam pretended to be a neo-Nazi hangman. Unfortunately, he gave her a blunt knife which couldn’t cut him down before he was strangled to death in April 2007.

Can anyone ever really be too old for a bit of perversion? Widoer Frank Burton, 85, of Hampshire, UK, was found dead in 2004, two months after indulging himself in an autoerotic asphyxiation sex game. He choked to death by gagging himself with a rubber bathing cap and was found with a long piece of string tied around his gentials.

An amorous couple having sex in the back of their cars were so engrossed in their passion that they failed to escape when the vehicle rolled into a river. Anita Harold, 34 years old, and boyfriend Richard Lang, 30 years old, died when their car plunged into Beverley Beck in East Yorkshire in November 2002. They had previously told friends that they enjoyed going to remote places for alfresco sex.

Police did not rule out the possibility that they had been murdered, but had no proof. So, did the bouncing of their car during their heated lovemaking lead to their deaths or was the car pushed by an unknown killer? We may never know.

The Condor Bar in San Francisco earned a place in American history as the first officially sanctioned topless dancing bar in the United States of America. It also had another ridiculous claim to fame: as the location of the most ridiculous sex-caused death ever to have occurred.

The club featured a white baby grand piano that was lowered from the ceiling every night. A dancer would climb onto it through a trap door in the ceiling to make a grand entrance. After the bar had closed one night in November 1983, bouncer Jimmy Ferrozzo and dancer Thereas Hill decided to make love atop the piano. During their sex session, they managed to accidentally start the hydraulics that raised the piano. Ferrozzo was crushed to death between the piano and the ceiling whilst the deeply traumatised Hill was trapped for several hours below her lover’s body until the janitor found her in the morning.

Paul Murray is the founder of the LivinginPeace Project. www.livinginpeace.com Paul originally from Australia, but have been living in New Zealand for 14 years. Before that he was in Japan for a decade working as a journalist. He met his wife Sanae in Japan and they married in 2008.
View all posts by LivinginPeaceProject →
This entry was posted in Erotica, Funny, Hilarious, Historical, Humor, Humour, Obituary, Photography, Sex, Social Commentary, Uncategorized, Weird and tagged Bizarre, Death, Funny, Historical, Humor, Humour, Photography, Sex, Weird. Bookmark the permalink.

12 Responses to 13 Tragic Deaths in the Height of Passion: The Danger of Sex