Alarmed residents of Karamea, on the West Coast of the South Island of New Zealand, reported witnessing a large bright elliptical metallic sphere hovering over Flagstaff Beach, Karamea at 1935 hours on Saturday May 11, 2013.

This UFO appearance follows on from a prolific series of sightings in the Opapara Basin, Arapito, Flagstaff Beach and Kongahu areas of the Karamea District in July 2011.

Sources close to the New Zealand Air Force have confirmed the radar tracking of an as yet unidentified space craft making a rapid vertical descent from over 100,000 feet at 1934 hrs on Saturday May 11, 2013.

Other reported sightings of extra-terrestial activities in the Karamea district include the sighting of mysterious purple glowing lights and humanoid like creatures on the Fenian Track at 0630 hrs on Monday 6th May 2013 and the discovery on the Heaphy Track of an area of scorched earth in a large elliptical circle strongly indicating the likelihood of the landing of an alien space craft also on Monday May 6th at 0730 hrs by Australian visitor Roson Sewell. 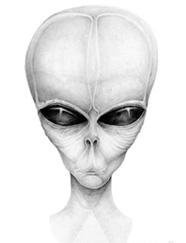 Australian tourist Roson Sewell stands by scorch mark on grass on the Heaphy Track he claims to be made by UFO.

Law enforcement agencies and local authorities wary of the possible dangers have been unable to stem the dramatic influx of sightseers, tourists and journalists flocking into the Karamea District to view the evidence of extra terrestial activity.

Crowds of UFO seekers flocking to Karamea region in search of answers to extraterrestrial questions.